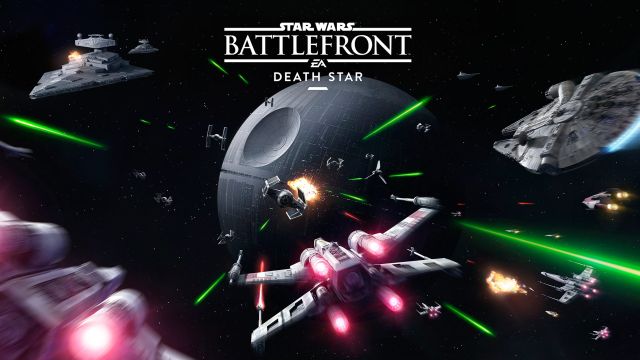 As the release date of Star Wars: Battlefront’s new Death Star DLC approaches, more and more details are revealed about the new content we’ll be treated to this time around, and it does indeed look better and better the closer we get to the end of summer. Among the latest details, we have a new game-mode called Battle Station – a fitting addition indeed, considering that the Death Star is a planet-size weapon/battle station and that the add-on revolves around it. The new game-mode is structured into three-phase missions, each phase of which is focused on a different objective.

The first phase is perhaps the most intriguing of them all, because it has players flying A-wings and X-wings against enemy TIE interceptors and TIE fighters, marking the first time ever that Battlefront has in essence ventured into space – a rather surprising fact in and of itself, considering the pedigree of the game.

The objective of the first phase is obviously to destroy enough TIE fighters to weaken the defenses of the Death Star to a degree deemed enough by the game.

Phase 2 is about fighting inside the Death Star, looking to extract a droid and getting to meet the new heroes, Chewbacca and Bossk. This is fairly run-of-the-mill Battlefront material, but the addition of the new heroes does indeed hype it up a notch, so it also is something to look forward to.

Phase 3 has players battling in space yet again, where the Rebels move in for the kill, looking to destroy the Death Star for good. One can slip into the shoes of Luke Skywalker during this phase, taking the Red-5 X-wing for a spin and eventually using it to destroy the Death Star in the manner well-known and liked from the movie. Darth Vader will be on hand though, attempting to protect his “toy/pet project” in a TIE Advanced fighter.

In addition to all the above, the Death Star DLC also comes with new weapons and new Star Cards.