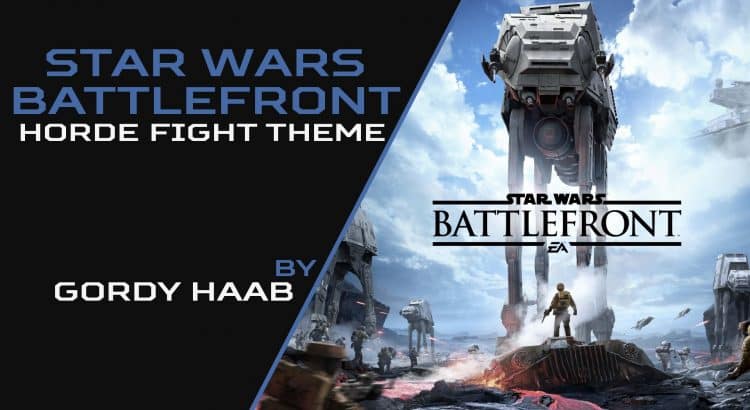 If you were looking for a reason to visit or follow GameSoundCon, this is it. GameSoundCon, the annual conference for video game music and sound design in Los Angeles, has added multi-award winning film, game, and television composer Gordy Haab to its ‘all-star lineup’ of notable speakers. He has produced music for Star Wars: The Old Republic, The Walking Dead, Kinect Star Wars, and many others, including his most recent score for Star Wars: Battlefront.

This became one of the best-selling ever, received seven nominations and four wins at the 2016 G.A.N.G. Awards – earning, “Music Of The Year”, “Best Interactive Score”, “Best Audio Mix” and “Sound Design Of The Year”. Haab is amazing at what he does and is known for his ability to mix contemporary and traditional styles and create powerful, moving, memorable scores, as displayed in Battlefront. Even if you’re not a fan of the game, you will likely enjoy the great music. It’s easy to see why he’s been invited to speak at this event.

He is such a diverse composer, you might know him from other works and not even recognize it. He has composed original scores for over 60 films. He has also composed music for television, including the series Scream Queens and Kath and Kim. He’s incredibly talented and it’s likely this is not the last we will see of him. Let’s hope we continue to see this talented composer in future Star Wars films and games.

For more information on the event, including registration details, visit the GameSoundCon website here.