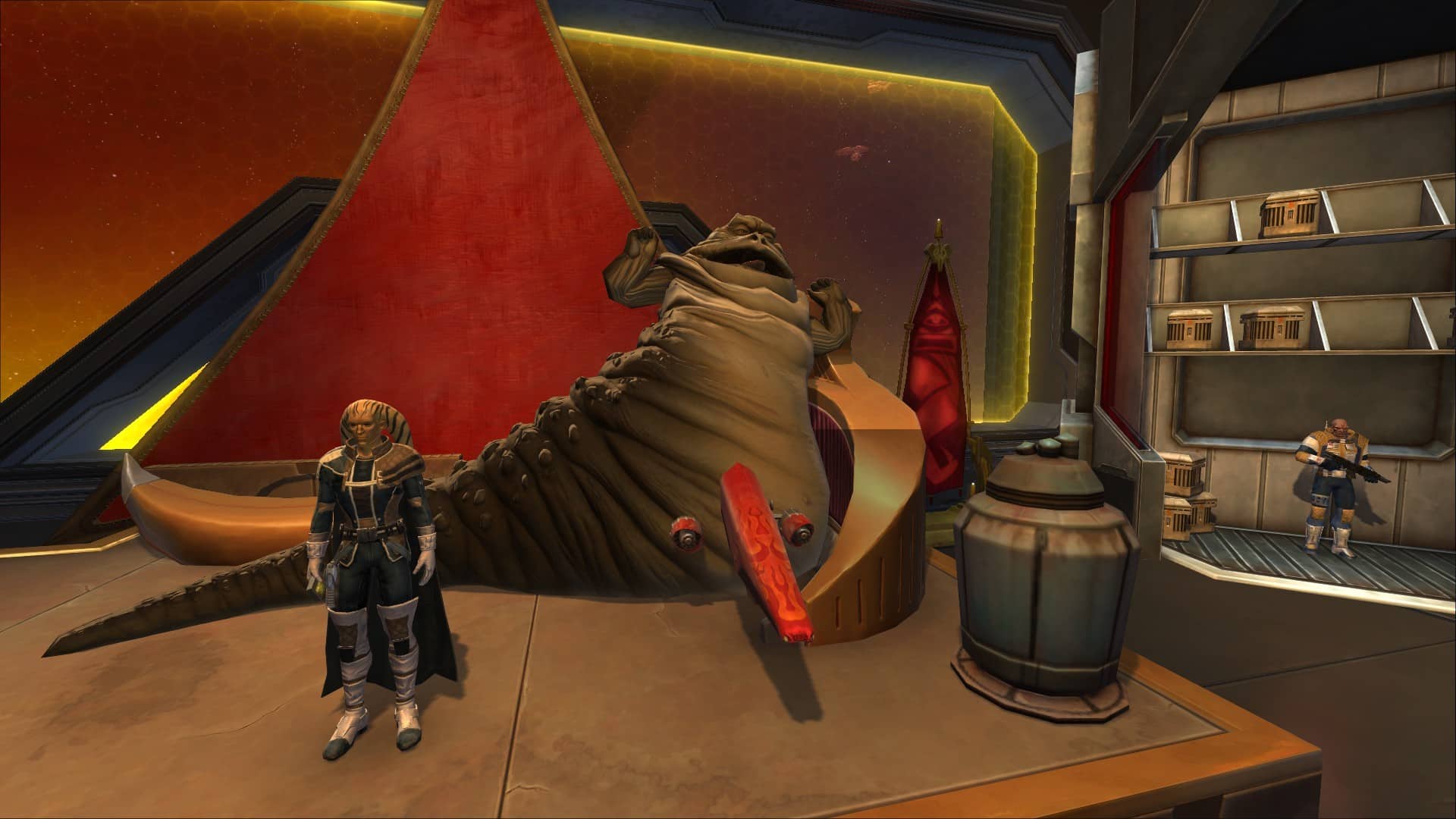 Just another friendly heads up.  Don’t waste your credits / cartel coins on XP unlocks from the cartle market. Eric Musco  just confirmed via a forum post that they  do not benefit you in Star Wars: The old republic Rise of the Hutt Cartel.   I believe this have been pointed  out before but the BioWare developers, but since there have been some confusion was to whether any of Makeb’s quests count as class quests or not, I thought it was appropriated to do a PSA about it 🙂

As some have already alluded to in the thread, class mission bonus experience will have no effect on Makeb. Technically speaking, the missions you will be going through in Rise of the Hutt Cartel are planetary arcs, etc. and are not classified as class missions.