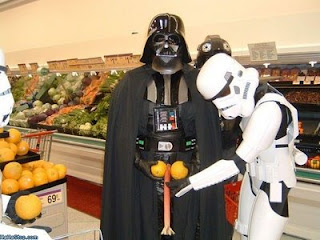 SWTOR won’t have same sex relationships with its “companions”, but what’s the big deal? To some people, it is a very big deal. This piece on MMORPG.com discusses the topic in full detail.
The big news came from Gamescon and some fans were not too happy about it at all where others were asking “What’s the big deal anyway?”
For some people, it was a very big deal indeed. Here is a portion of the article:
“I won’t go into the reasons BioWare has for not including this option (did they give one?), but I’d like to comment on why it’s such a big deal in the first place. I’m straight, not narrow. And while there wasn’t (that I know of) any same-sex relations in either trilogy, I’m willing to bet there have been a few instances of such things in the bazillion books which have been written. Is there then precedent?”
Good points. And as the article goes on to explain, there are MMOs that accept the LGBT community, embrace them in games and even create games specifically for them. If it’s that important to you to be able to have same-sex companions, then there are games for that. Is it such a big deal that another game does not offer it?
Here’s another valid point:
“Is the issue with The Old Republic, from a company who has put this sort of interaction in their game before, simply one of “high profile”? Is TOR too big of a game, and isn’t that sort of reasoning in and of itself condescending to entire community of people? My guess is that Mass Effect and Dragon Age are solo experiences, whereas The Old Republic is going to be online with thousands of others. At the thought of all the flack and controversy in simply allowing players the choice they capitulated and caved to the pressure of having to deal with this on a wide-scale level.”
But the most valid point of all is the one that I have said myself:
“Really, though. Why not just leave sexual relationship out of the mix entirely? Why not let players “organically” find one another and create their own love relationships as they used to do back in the days of persistent worlds in Neverwinter Nights? By eliminating relationships wholesale, players deal with other players to make their own love connections person-to-person rather than person-to-pixel.”
I have gay and lesbian friends who plan to play SWTOR and they say they couldn’t care less. At the same time, I’m straight and I don’t see any way that having the option in the game would hurt or harm my ability to play and enjoy the game. I guess for me, it’s just not an issue either way.
What do you think?