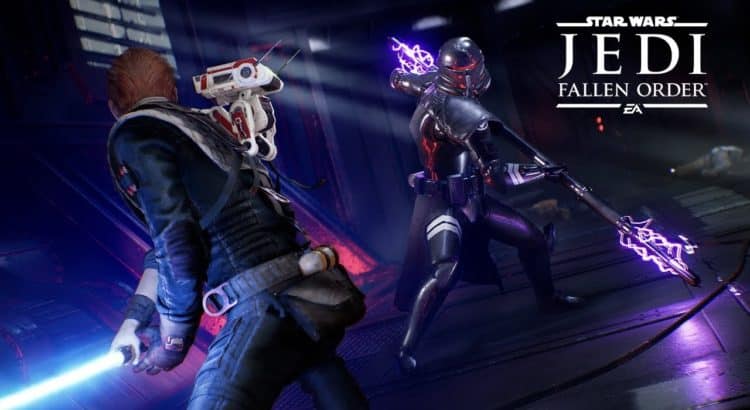 The official launch trailer for Star Wars Jedi: Fallen Order is here and with it comes more info, new looks at gameplay, and a flurry of new questions prior to the game’s release date. Scheduled to hit the market on November 15th, Fallen Order is the first single-player Star Wars game seen in 10 years.

An action-adventure title based in an era when the Empire has enacted Order 66 and eliminated nearly all of the Jedi Order, this game has already built up massive anticipation among fans and is currently available for pre-order. Fallen Order will launch on PC, Xbox One, and PlayStation 4.

The newest trailer – simply titled “Star Wars Jedi: Fallen Order – Launch Trailer” – gives a brief glimpse at the new worlds, new characters, and premise the entire game is based on. The video shows off both new cinematics and never-before-seen in-game gameplay action as well.

We see Cal Kestis come to terms with the fact that his identity of being a Jedi is no longer a secret and that he can’t just hide in the shadows anymore. He is now on a mission to survive and fight back against the Empire. We also get a look at some of the enemies Cal will encounter throughout his travels across the galaxy, witness new ways in which his droid companion helps him along the way, and even get a peak at a new, mysterious, cloaked character that seems to imply they’re on the side of the young Jedi.

The Ninth Sister makes an appearance. This is the Inquisitor tasked by the Empire with tracking down and eliminating Kestis at all cost. She is a beast of a character with hulking armor and an intimidating lightsaber. This Inquisitor definitely looks like she’s going to put up one heck of a fight for Cal.

A few new locations are also caught with a quick capture on-screen. We can see that the temple itself looks to be a both beautiful and terrifying environment. It has a distinct gloomy atmosphere yet exudes beauty at the same time.

We even see Cal Kestis in action against not only the likes of the Ninth Sister, but an AT-ST, an AT-AT, numerous troopers, and more. It definitely looks like there’s going to be a diverse set of enemies to deal with throughout the gameplay of Star Wars Jedi: Fallen Order.