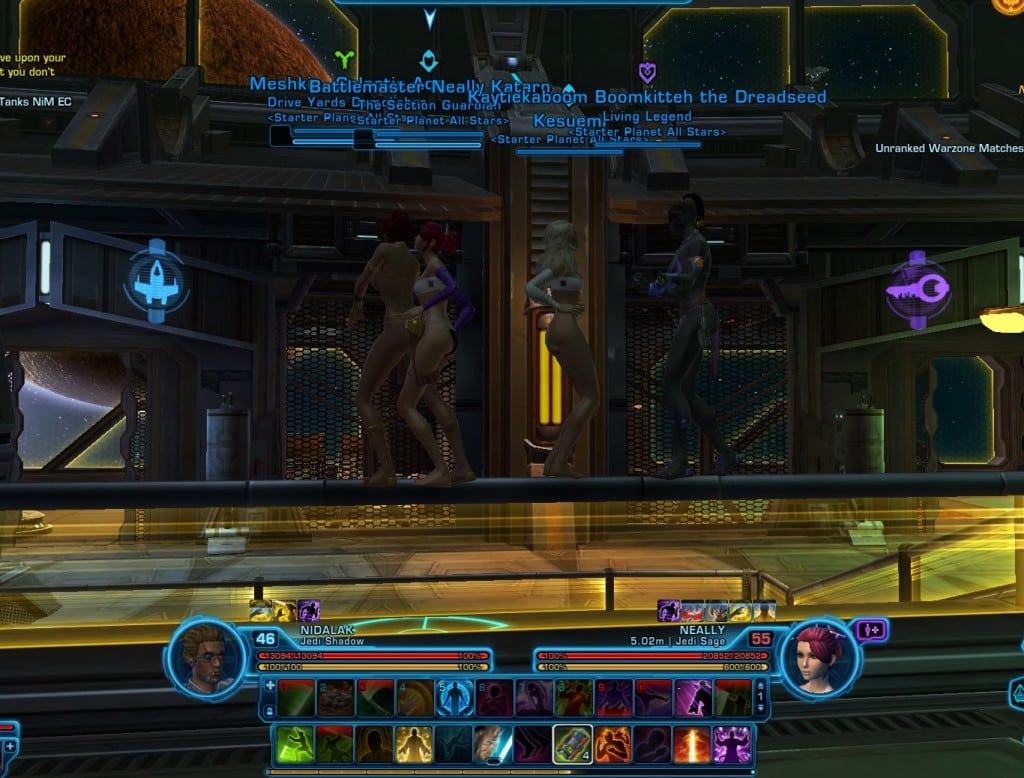 What could happen in the future of SWTOR? That’s probably a question that all fans could speculate on and the truth is, most of us never would have guessed SWTOR would end up where it is now from those early beginnings and pre-launch info. It’s no surprise then that fans like to speculate on what the future might hold for our game and how it could change in coming months or even years. The truth is, we don’t actually know for sure. One poster on Reddit claims to have inside knowledge about the future of Star Wars: The Old Republic but as always, take this info with a grain of salt. We have no proof that this is real insider info and even if it was, companies often change the plan when sensitive info is leaked. What we do know is that it’s fun to speculate so here we go!

Here is a quote of the Prelude to Darkness speculation. If you head over to Reddit and read the whole thing, there is more on the ending of SWTOR as well.

A bunch of us ended up being privy to some meetings that were meant to be kept secret from us, so I should be safe and anonymous enough to share this information. I’m only doing this because I love this game and I think the plans to keep all of this secret until the last moment are only to the game’s detriment. I’m not actually a super lore-nerd, so I might miscommunicate some of what I heard—I tried SO hard to get this accurate and to remember as best as I could for you guys.

-Most level 60 content will involve cross-faction queues, when story appropriate.

-There will be some cross-faction planets where you can work cooperatively with the other faction. On PVP servers, you can flag yourselves PvP on these planets anyway.

-New action mode that allows mouselook and changes some of your move to macros to reduce your number of keybinds.

-Can use appearance changer on most companions, including species change.

-Same sex romance for most companions, including a few new romance options (Jaesa Lightside is one)

So what do you think reading over all this? Would it be a good thing? Do you honestly believe it would happen? If you had complete control over the future of SWTOR, how would you change the game? What would you add? What would you take away?

We want to hear your thoughts in the comments.