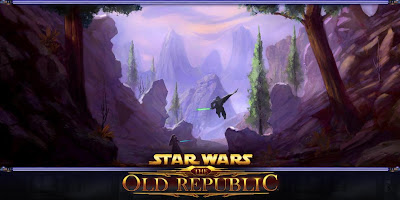 During EA’s fourth-quarter earnings conference call, CEO John Riccitiello made a reference to a “major new massively multiplayer online game” — probably Star Wars: The Old Republic. “”EA is incurring significant development costs for a major new massively multiplayer online game,” he said. “”However, this game is not expected to ship in fiscal ’11.” Later, CFO Eric Brown responded directly to a question about The Old Republic, saying that “It’s not included in our FY11 release slate.””

This all but confirms that Star Wars: The Old Republic is the game referred to by Riccitiello during a similar call in January, when he gave a “major MMO” a release date of spring 2011. If it’s in the spring, but not in EA’s fiscal 2011 (which ends March 31), that means we can look forward to some Jedi fellowship sometime between April and June of next year.