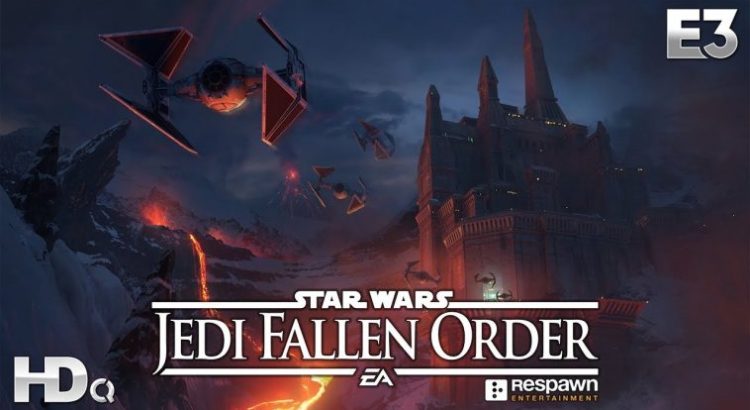 Who isn’t ready to learn more about the next, upcoming title in Star Wars video games? We’ve waited so long for a great Star Wars game, seen so many cancelled or put on the shelf,

If you’re going to be attending Star Wars Celebration in April, you’re in for an extra treat. You’re going to learn more about Jedi: Fallen Order.

Of course, even if you won’t be there, we’ll still be following closely to give you the scoop. So, stay tuned and we’ll let you know everything we find out.

Here’s what we know so far:

If you’re going to be in Chicago later this month, this is your chance to get a first look at this game.

“In a special panel on Saturday, April 13, EA and Respawn will pull back the curtain on Star Wars Jedi: Fallen Order, in which gamers will meet a Padawan who survived Order 66 and explore the galaxy in the time after the fall of the Jedi Order. The discussion will feature never-before-released details ahead of the game’s fall 2019 release.”

You will also have the chance to try out Star Wars: Galaxy of Heroes, a game of strategy, skill, and squad building; and Star Wars Pinball, Zen Studios’ innovatively immersive take on an arcade classic.

And Star Wars: The Old Republic (SWTOR), one of the longest running games set a thousand years before the rise of the Empire, will be hosting a special event. We’ll try to find out more about this for you as well.