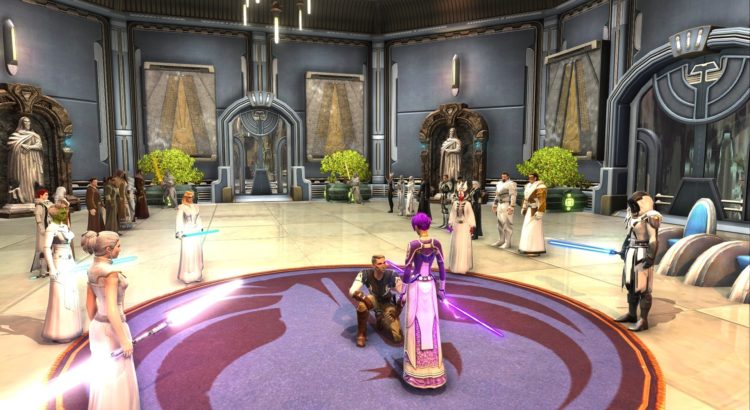 Here are the in-game events for april 2019 in Star Wars: The old republic:

JUMP INTO YOUR FAVORITE IN-GAME EVENTS ALL THROUGH APRIL

Check back for more details on future in-game events.

Explore Ilum‘s contested area in the Western Ice Shelf to uncover the mysterious purpose of the Gray Secant, an enormous ancient Gree starship. Get ready to face a powerful opponent that awaits you at the center of this ancient vessel. Visit the in-game News Terminal located on Carrick Station in the Republic fleet or Vaiken Spacedock in the Imperial fleet to get started on your adventure!FEATURED REWARDS:

Enjoy a full week of double rewards, including XP, Command XP, and much more!

Each day, you can sign up for one standard Henchman contract and one high profile Kingpin Contract, and each may take you to a separate planet. Complete five standard contracts to unlock Kingpin missions with bigger loot! Head to the fleet now, invite your friends and visit representatives of the Association to get started on your contracts!FEATURED REWARDS: