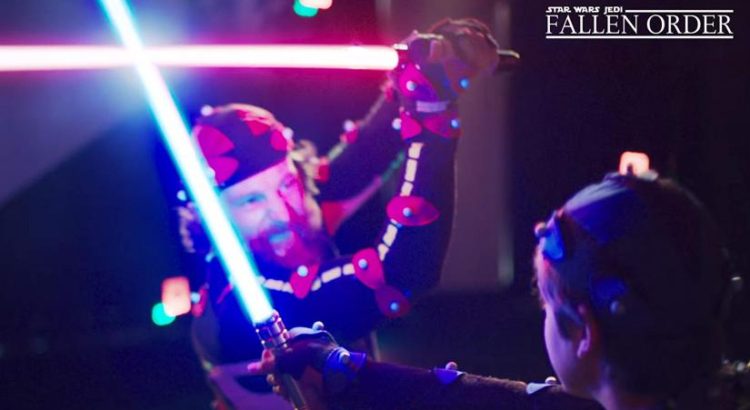 This game will be the first all-story, single-player Jedi action game in nearly a decade and fans are excited about it. The opportunity to learn a bit more about it is a good one, for sure.

Here’s a snippet from the interview:

StarWars.com: How does it feel to finally reveal this thing?

Vince Zampella: Amazing. Especially at an event like this. You get that response from the fans — there was like six, seven thousand people in the audience, and you hear the swell and the cheer, and it’s so uplifting.

Douglas Reilly: There’s nothing like showing a trailer on a big screen and getting a huge crowd reaction.

StarWars.com: What’s special about telling a Star Wars story in this specific medium?

Vince Zampella: Games is all I know, right? To be able to tell a story in the Star Wars universe, in the way that I’ve done for other properties I’ve worked on — Medal of Honor, Call of Duty, Titanfall, Apex Legends — and now we’re able to tell a story in one of the biggest IPs on the planet. And not only big, but core to my childhood and my identity. I grew up with Star Wars, and it formed who I am, so I feel lucky to be part of that.

StarWars.com: Titanfall 2’s campaign is a massive achievement; people love it. Did that kind of set the bar for you guys?

Douglas Reilly: It’s interesting, because we’d been working together, obviously, before Titanfall 2 came out. [Game Director Stig Asmussen] talked about the team that he has assembled, and it is an all-star team of folks. And we’ve known this from the very beginning. That, working with Respawn, we were gonna get a great, immersive Star Wars experience.

Head on over to StarWars.com if you want to read the whole thing. It’s definitely worth it, especially as we await the game. They give a lot of insight into the making of the game, and also what goes into making a game today – any game, not just a Star Wars game.

They talk about the nostalgic influence that also went into making this game. Many of us grew up on games like this, and we grew up on Star Wars, so it’s important to get this right. There’s a lot of pressure, but also a lot of fun involved.

There’s also a little tidbit (teaser) about the Second Sister in there that I found interesting. Of course, there’s a lot they can’t reveal yet, so there’s a lot of “wait and see” type answers to their questions.

All in all, it’s a pretty good interview though, and a good way to bide some time while waiting on the game to release.