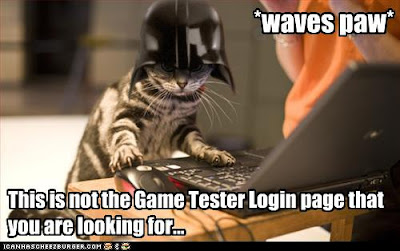 Sean Dahlberg posted on the forum in regards to the “hidden launch website“, confirming that it is indeed a game tester login page:

You have indeed found the login portal for Game Testing. That said, this is not a new page and we are not ready to make any additional announcements about our Game Testing Program. When we are ready, we will make sure The Old Republic Community is the first to know!

If you haven’t signed up yet to be a tester or wish to learn more, access our Game Testing Portal.

And a little later he posted some more answers:

A couple of quick answers:

The site has probably been around for a while, maybe as they were working on setting up the portal in advance, maybe for running demos at conferences and for publishers and such, or maybe for internal testing. Either way it’ll likely be what’s going to be used by beta testers and such as well. But with the launch at least a year away it’ll probably take a while before they open it up to the first players.