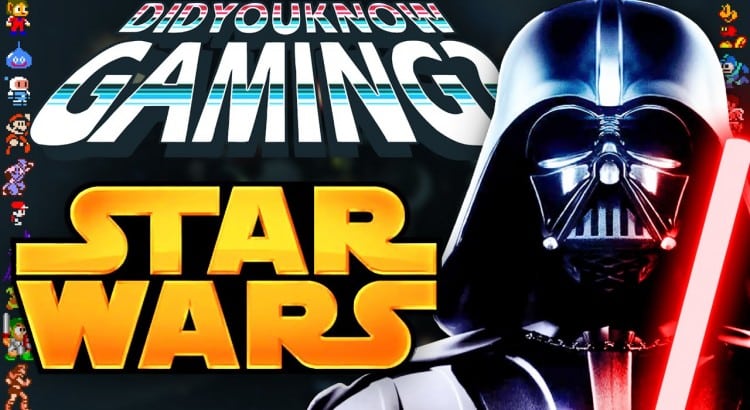 If you’re a regular reader, you know that we’ve written about cancelled and unreleased Star Wars games quite a bit here. We love Star Wars gaming and do our best to follow the games from idea, to production, to creation, and release, just like we did with SWTOR. With that in mind, we’ve seen many potentially great games just not make it to one stage in the process. Some were put on hold, others cancelled for good. It always hurts a bit to see a potentially great Star Wars game get the axe.

Did You Know Gaming has a recent episode on Star Wars games that was released just before Christmas. If you haven’t seen it yet, it’s well worth the less-than 10 minutes it will take to give it a watch because they have some things to say about these cancelled Star Wars Games, as well as facts on Star Wars games in general. They talk about the Battlefront series, some behind the scenes stuff you might not have known about, such as the drama between Free Radical and Lucas Arts, and much more. They talk about the Jedi Knight series, Knights of the Old Republic III, the cancelled Maul game and more.

“In this episode we take a look at some facts, secrets, and history of Star Wars games. Star Wars is a science fiction fantasy franchise created by George Lucas. Star Wars has spawned over one hundred computer, video, and board games. Some of these games are based directly on the movies, while others rely heavily on the Star Wars expanded universe. The latest of these games is Star Wars Battlefront, released in November 2015.”