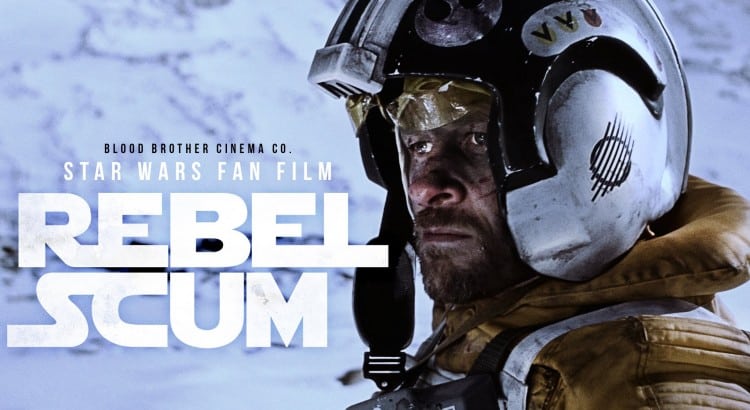 As of right now, we are still around 12 months away from the next Star Wars film, and the spinoff installment Rogue One, brings fans back to the days of the original trilogy. If you have been craving some 80’s style nostalgia, you should definitely check out this awesome Star Wars fan film from the independent studio Blood Brother Cinema Co.

This nine minute short film, which has a title of Rebel Scum, shows fans a meeting between one downed Rebel pilot and also an injured member that is part of the Galactic Empire after they happen to cross paths on nearly everyone’s favorite icy war zone. It has some pretty impressive costume work and a subzero snow-covered environment that was captured on film from an airfield in Alberta, Canada. This short film also has some amazing visual effects that doesn’t use CGI, which includes a stop-motion AT-AT walker that looks exactly like it belongs in the Empire Strikes Back.

A Rebellion pilot is hounded by death from the merciless Empire and a frozen grave, after being abandoned during the retreat of the Rebel Alliance from Hoth.

Rebel Scum pays homage to the original Star Wars trilogy; nearly all visual effects were created without the use of CGI, using time honored methods such a stop-motion animation. Shot on location in -30°C (-22°F) at Columbia Icefield in Alberta Canada.