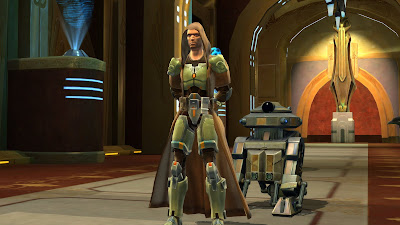 BioWare has told IncGamers that gamers who are worried about the ‘elder’ game – once you’ve completed levelling up your character – in Star Wars: The Old Republic, shouldn’t be worried.

Speaking to IGTV, Ohlen said that a game of Star Wars: The Old Republic’s scope “has so many features” that it’s hard to talk about them all. He confirmed the team were aware of the frustrations gamers feel when they level up to the max and complete all the quests, and said that SWTOR will not be like other MMOs out there.

“I know some people are worried, for example, about the elder game [and are asking] ”what happens in the elder game, what happens when you get to the highest level?’ We do have a plan for that and we will be revealing it the future.”
Ohlen says that because the team are all MMO gamers, their concerns are also the same as the gamers.

“Don’t worry, it’s not like we’re ignoring that. We have a lot of hardcore MMO players who have like five level 80 WoW characters, so it’s not like we don’t have the knowledge of what we need to do in terms of the elder game and other aspects of our game.”

incgamers will have a full interview with James Ohlen will go up later this week, so make sure you keep your eyes open.