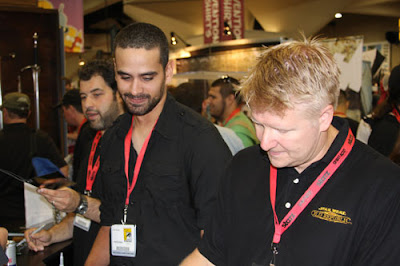 theforce.net is reporting that Rob Chestney will be signing in Austin, TX. this Thursday at 5-7 pm

Austin Books & Comics is thrilled to be joined by writer Rob Chestney for the debut of Star Wars: The Old Republic #1! This new series sets the stage for the hotly-anticipated massive multiplayer online game, and publisher Dark Horse went to the game’s developer BioWare to find someone who really knows the story.

Stop in this New Comics Thursday to get a copy of Star Wars: The Old Republic #1 signed, and ask Mr. Chestney about his work in comics and the video game industry!

Thanks to Theforce.net for the heads up and we hope all those who attend have a great time.