If there is one thing BioWare does right it’s the story. No other MMORPG has the same depth as Star Wars: The old republic, and the team seams to be determent to keep this up. So with a new game update, comes a new story to explore. Here is a short story on Umbara:

Veesh was scaring the rookie again.

Nira watched as the Umbaran commando glanced to make sure the train compartment was sealed, then pulled back the edge of his sleeve to reveal a series of ugly welts snaking across his wrist.

“Got this escorting a shipment last month. Banshee swooped in out of nowhere, right as we were crossing the canyon.” He smirked, his voice muffled by the visor of his helmet. “Latched onto my wrist long enough for the poison to seep in. The medics say I’m lucky to keep my arm.” 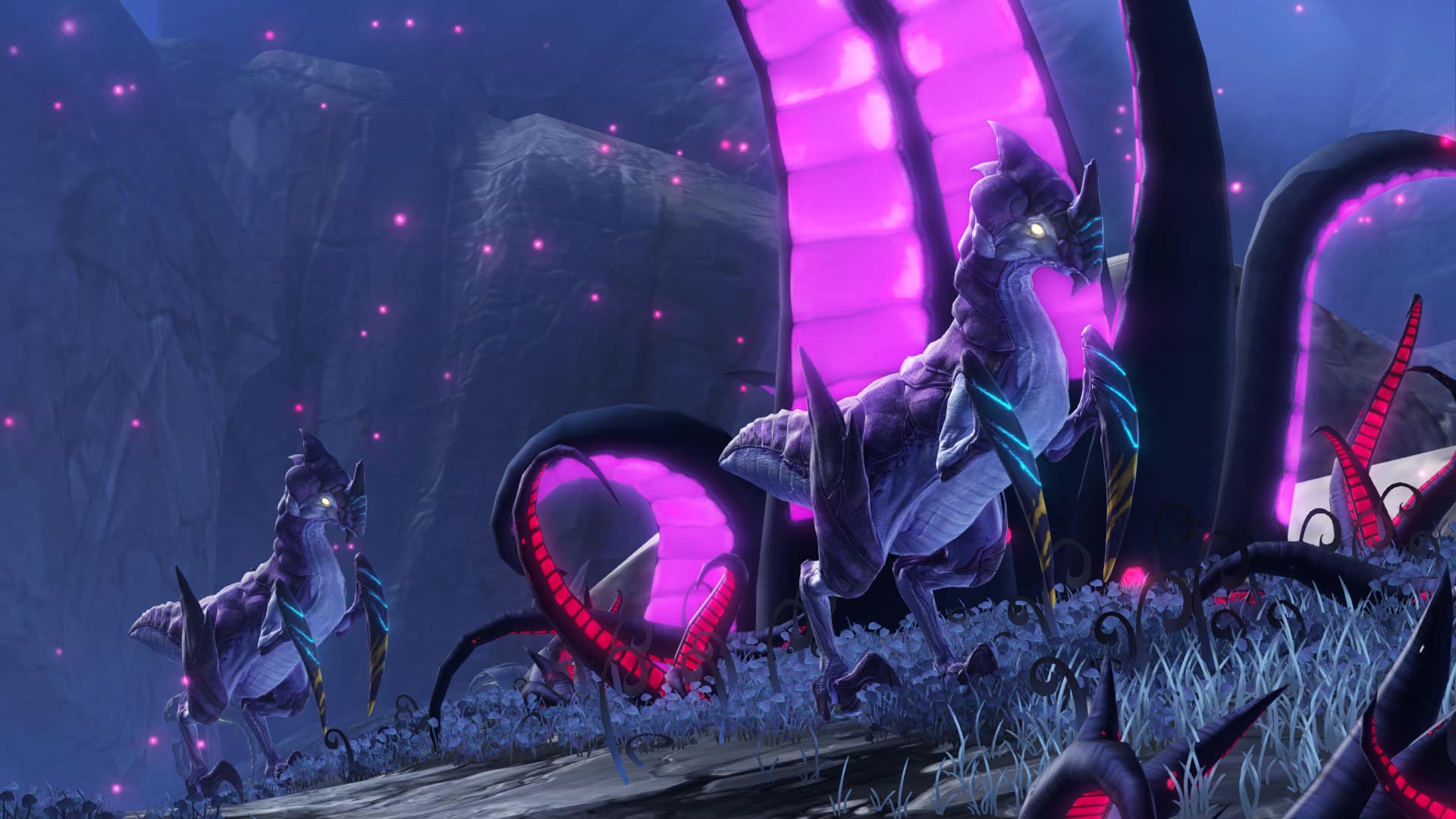 Nira noticed the rookie looked pale, even for an Umbaran. He was fresh from the capital city–this was his first time escorting the Adegan crystal transport, and Veesh wasn’t making it easy on him. Nira wanted to give the poor kid a break, but she knew better than to step in once her partner got going.

“Of course, I fared better than Yuula. She’s the one you replaced. We had a run-in with a vixian mauler last week, and she took the worst of it. She’ll be with the medics for at least a week.” Veesh turned around and pointed to his shoulder blade. “Got me right here, with a glancing blow. I was lucky it didn’t crush my helmet. You ever see a vixian mauler? Makes a rancor look like a mouse droid.”

The rookie gave a half-hearted laugh and leaned against the crate for support, his hands shaking. Nira shook her head. It would be his fault if another new guy quit.

Veesh grinned and pointed at her with his blaster. “Nira’s been a crystal guard longer than me. Bet she’s got a few nasty scars of her own.”

“Oh, come on.” He took a few steps forward and leaned against the wall next to her. “Give us a story.”

Nira took a long pause. She looked over at the wide-eyed rookie, whose face was turned to her in anticipation. She sighed, staring straight into Veesh’s pale eyes.

“You want a story? Fine. Let me tell you about the first guard job I ever took. We were supposed to be transporting crystals out to the port, across the void forest.”

“Nobody goes out there anymore,” Veesh said with a frown.

“Because of us. We were halfway out when we suddenly shut down. A new supply train in perfect condition, and it just… stopped moving.” 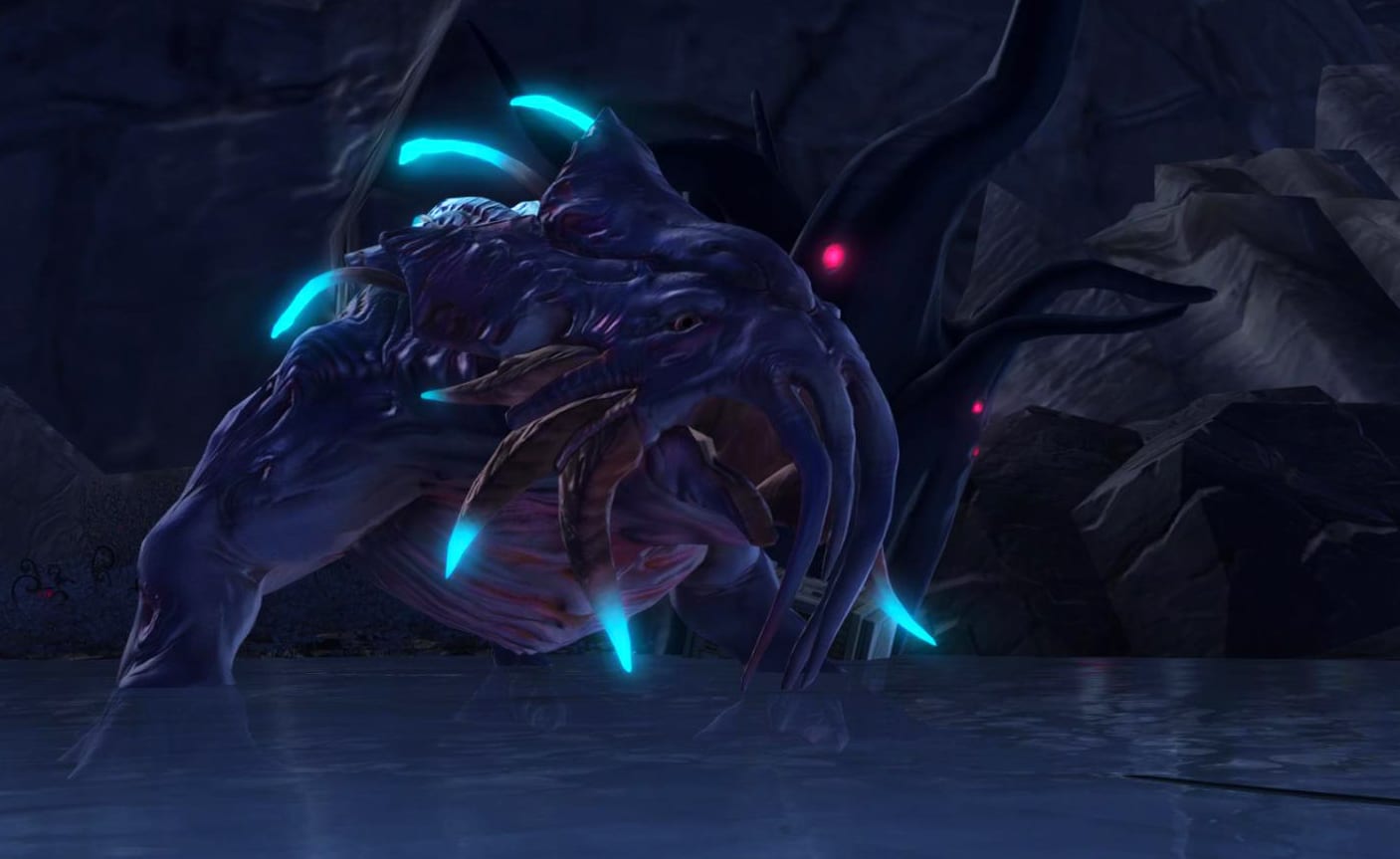 Veesh leaned back, saying nothing. Nira crossed her arms and continued.

“The engineer couldn’t figure out what was wrong, so he left the train to check the power source. After an hour, he didn’t come back, and we knew something was wrong. My superior split us into two squads and sent us out to investigate.

“As soon as we touched down, something just felt… wrong. It’s always dark out there, but this worse than usual. I could barely see my hand in front of my face. And it felt like something was watching us.

“Suddenly, we heard a rustle behind us. Our tech officer jerk upward, straight into the air. Then he flew into a tree twenty meters away. Died on impact.

“After that, it was chaos. Our medic jerked backward and just… vanished. My superior panicked and fired her blaster, and I saw the air shimmer. Looked like the shots hit something solid. For half a second, I could make out the creature’s outline. An alpha slybex.”

Veesh let out a low curse. After a pause, Nira spoke again.

“I heard my superior scream, and then it was just… silence. Just like that, my entire team was gone. I didn’t know what else to do, so I ran. Didn’t stop until I was back at the train. On the way, I tripped over what was left of the other squad.

“I hid inside the cargo hold for three days before the rescue team found me. They said the entire train was covered in claw marks and poison stains. That I was lucky to be alive.”

The rookie finally spoke, his voice a hoarse whisper. “You are lucky.” 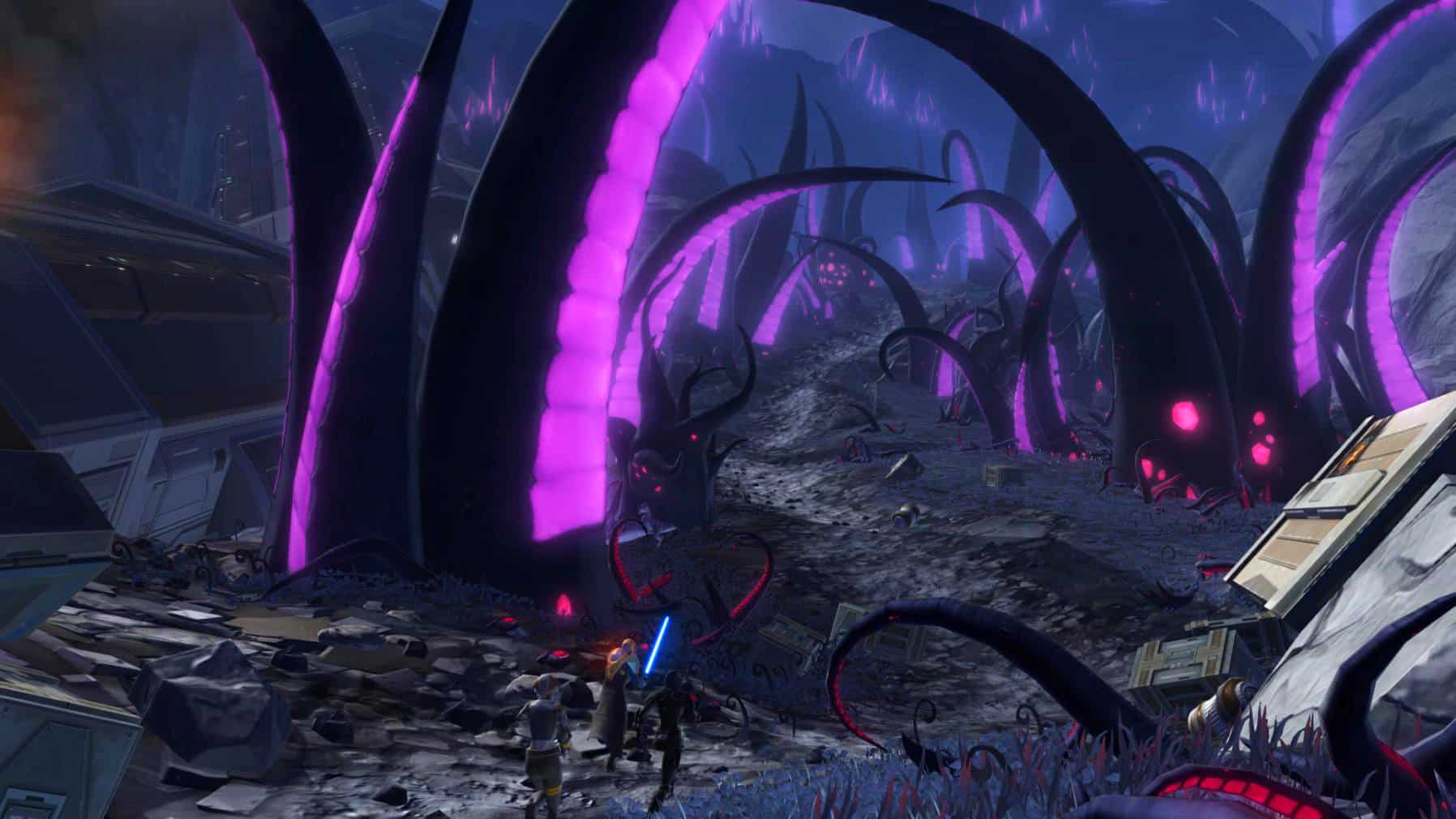 “For five years now, I’ve had to sleep with a light on,” Nira said quietly. “We all have scars.”

A klaxon sounded, and the train jerked forward. Veesh stumbled, clinging to a crate for support.

They were silent for a long time, listening to the rumble of the power source beneath their feet. After what felt like an eternity, Veesh cleared his throat.

Suddenly, a low thud overhead made all three of them jump. An urgent voice crackled over Nira’s comm.

“Squad One, an Alliance strike team has landed over car five! Requesting backup!”

Veesh and Nira stared at each other, both knowing what the call meant. If the Alliance was here, they would face an enemy much deadlier than the slybex.

Nira frowned, then picked up the rookie’s blaster and placed it in his shaking hands. “Your lucky day, kid,” she said, forcing a smile. “You’re about to earn your first scar.”