In our regular quest for more information about Star Wars: Episode VII, we have an update about more leaked images. In this case, we’re talking about dozens of Star Wars: Episode VII concept images being leaked online. This post from Entertainment Weekly Inside Movies tells us about an anonymous Imageshack account by the name of “themillenniumfalcon” that posted 32 drawings from the upcoming J.J. Abrams movie that revealed some major details from the film, due in theaters Dec. 18,2015.

If they are, in fact true, these photos tell us some interesting things about the film.

Remember this is just a rumor. We don’t actually know if the leaked photos were real and even if they were, they are just concept images. There’s no guarantee this is what will actually end up in the final movie product anyway. With that in mind, here is a snippet of what Inside Movies has as descriptions of the images:

1.) Darth Vader — Yes, he may be dead (and redeemed just in time), but that funeral pyre on the forest moon of Endor that concluded Return of the Jedi is not the last we will see of that masked man. His scorched armor features prominently in Episode VII,and the concept art reveals that a sinister cyborg in a black cloak is giving Anakin Skywalker’s helmet the “Alas, poor Yorrick” treatment. Who he is, and why he has collected Vader’s remains is the first question these images raise.

2.) Silver Trooper — This figure looks to be what happens if you mate an Imperial Stormtrooper with an old-school Cylon from Battlestar Galactica. The ImageShack post describes this character as a “knight,” and the shiny metallic armor certainly conjures a refined, medieval vibe. What we don’t know is whether this a singular, specific character, or part of an overall class of warrior (think the scarlet guards who once flanked Emperor Palpatine.)

So ahead over to their post to read the list in full which contains seven talking points about the leaked images. Entertainment Weekly declined to post the images themselves, citing it as “stolen goods” but then we have to post them for you : 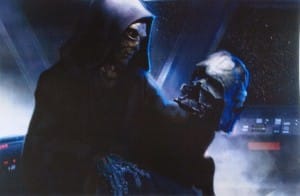 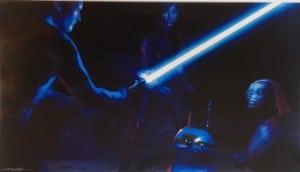 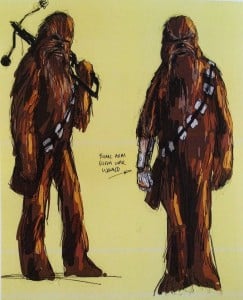 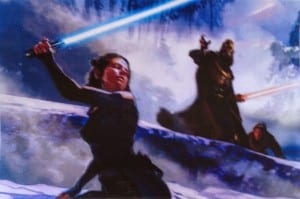 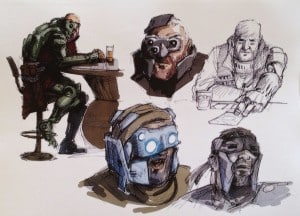 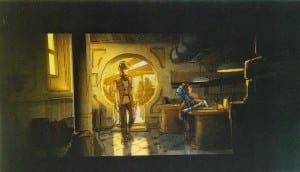 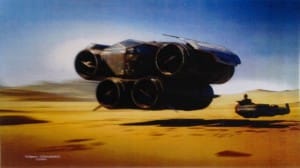 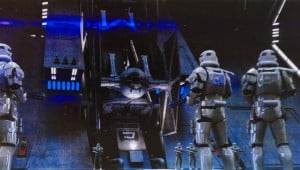 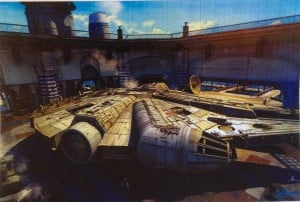 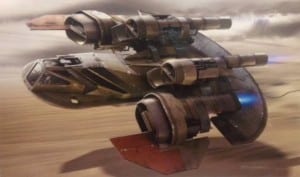