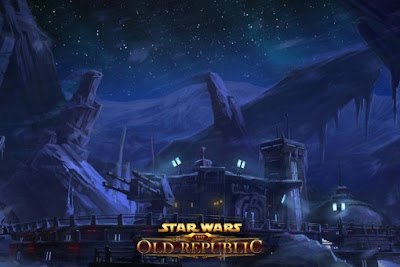 Just when you thought PvP on Ilum was fixed, BioWare came in and borked it again! Patch 1.1.2 is reported to have caused even more bugs in Ilum. The biggest issue: kills on Ilum are not counting towards daily and weekly quests.
According to reports in the official SWTOR forums, this problem occurred after Star Wars: The Old Republic patch 1.1.2 went live yesterday.
After some time of no response to the players, Associate Online Community Manager Joveth Gonzalez came in for an update, saying this:
“The dev team has been investigating the cause of this issue and they’re closer to figuring out a solution. As mentioned before, we’ll keep you updated with any new developments. Thanks again for your patience on this.”
Blah, blah, blah… sounds like the same old thing that really means, “Oops, we broke it. We don’t know how to fix it but we’re working on it.”
Ah well, it happens, right? If this is the worst problem to come of the patch, it’s really not so bad in the grand scheme of things. The real problem comes for those level 50s who are looking at PvP as their end-game. This will greatly affect their enjoyment of the game. If it’s not fixed quickly, it might even cause some gamers to rethink keeping that subscription open next month so you can bet BioWare is on the ball trying to fix it ASAP.
This most recent patch of SWTOR brought several new changes to the PvP system in the game- such as both sides not being able to read the same chat in Warzones anymore.