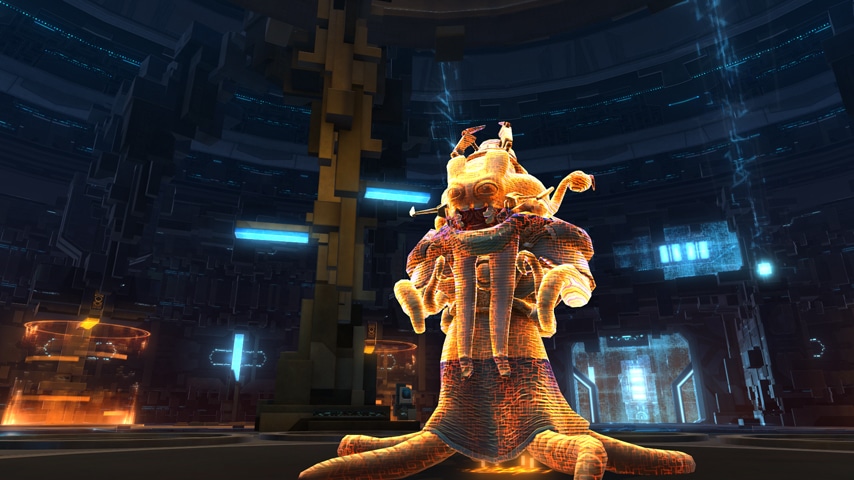 As mentioned by Community Manager Joveth Gonzalez in his forum post a few days ago, BioWare would have a new Developer update for us this week. This time Lead Operations & Flashpoint Designer Jesse Sky talks about the new Operation Terror from Beyond, that comes with patch 1.4 some time next month.

Here is an interesting snip:

Terror from Beyond offers five new major boss encounters that will challenge even the most highly-coordinated groups of players. In keeping with previous Operations, Terror from Beyond includes one “puzzle” encounter that really steps outside of the bounds of what you normally see in a boss fight. To defeat this new enemy, players will need to work together to repair a massive, ancient Gree computer from within the machine itself. Unlike previous puzzle encounters where the solutions were relatively easy to figure out, this one has players leveraging their particular group composition to control a chaotic situation. It’s very different from the things that we’ve done in the past, and I’m excited to see what players think.

In addition to strange creatures and agents of the Dread Masters, players will run into a familiar face on Asation. No spoilers, but here’s a hint: he’s not going to be very happy to see you.

Now who might that be then? Malgus? I say this because imperial  or republic, he’s going to be pissed. HK-47? Again, both sides beat him up, also he’s HK, when is he ever happy to see anyone except his master? Revan? I think unlikely. Only the imperials actually kill him, wouldn’t make sense for him to be upset at the republic. I can’t think of any others off the top of my head.

Beyond all that, I’m happy to do anything involving the gree. I need to gear up a lot better before I get to hit this one though. Something tells me columi isn’t going to cut it.