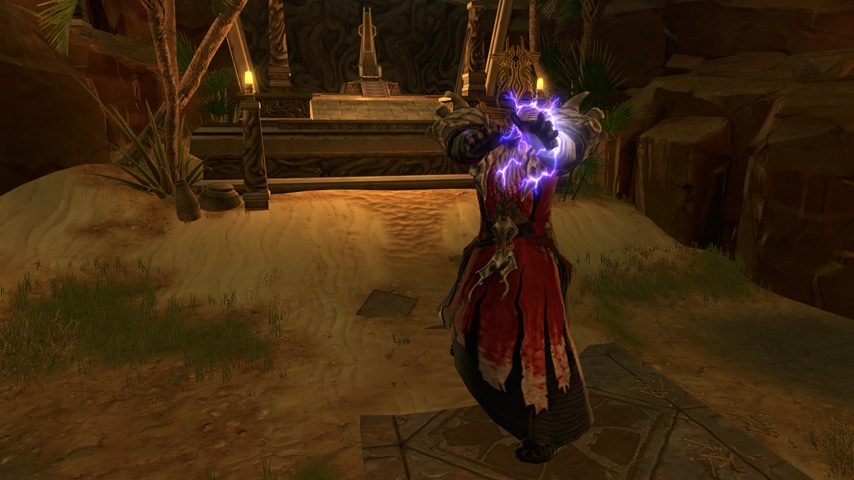 With game update 2.4 we finally get to see the conclusion on the epic  Dread War and what will happen to the Dread Masters. BioWare posted a new Developer Blog about what we can expect plus a new Journal entry by Master Gnost Dural, were he accounts of the Dread Masters. Unfortunately this is not a recorded video like the old Galactic Timeline Records we saw before the game was launched. It’s still a great read though. Check out the Developer Blog here and the   Journal entry by Master Gnost Dural here.

CONFRONT THE DREAD MASTERS AND COMPETE IN THE WARZONE ARENAS OF DEATH!

Get ready to team up with allies to confront the powerful and terrifying Dread Masters, and prepare to compete in new arenas of death coming in Game Update 2.4: The Dread War!

– Withstand the fires of Oricon, a new story mission area where the Dread Masters plot to torment the galaxy from their ancient fortress compound.
– Fight your way through Level 55 Operation: The Dread Fortress and face powerful servants as well as one of the Dread Masters in person.
– Continue through Level 55 Operation: The Dread Palace and brace yourself for the epic finale to the Dread Masters’ saga that started on Belsavis.
– Compete for fame and glory in three brand new 4v4 Player-vs-Player Warzone Arenas (ranked and unranked), a new form of gladiatorial entertainment that’s drawing spectators galaxy-wide.

The Dread Masters are probably one of my favorite BioWare creations. I could see them sneaking into the lore in other things down the road, much like the Emperor. These guys are fantastic faction, especially in the Bioware writing staff’s extraordinarily capable hands. I especially love how insidious they are, at the foundation of their lore, which makes it so that maybe they’re a direct threat, maybe they’re manipulating the Hutt Cartel, maybe they manipulated the Emperor into losing the war in the first place (why else would he agree to peace after sacking Coruscant so profoundly?) …

BioWare update us all on what to expect with