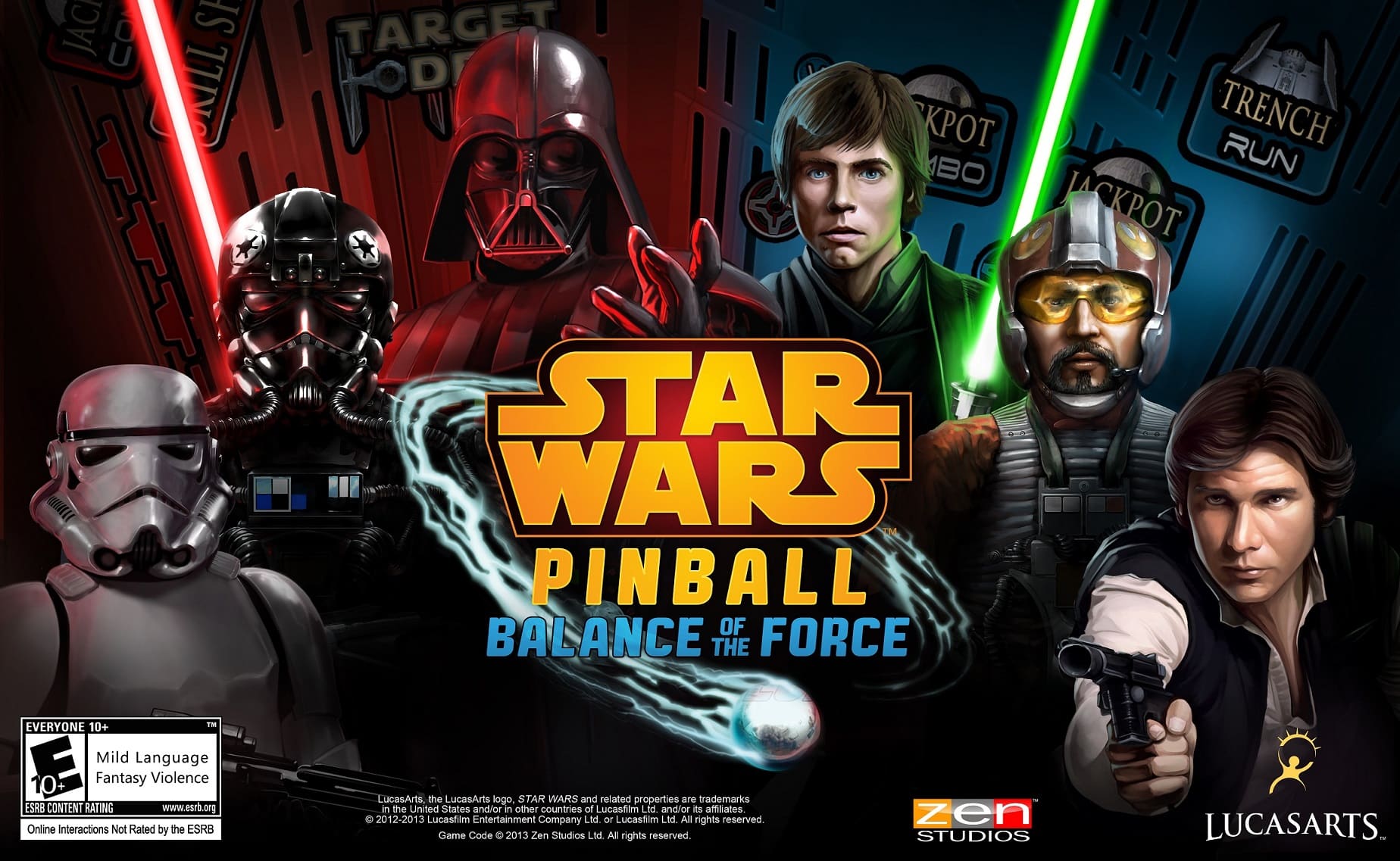 If you’re a fan of Star Wars Pinball? Zen Studio has something exciting for you up their sleeve, as they are planning a new installment of Star Wars Pinball. It has been revealed that it will have three new tables that are grouped together under the Balance of the Force banner. It’s a representation of Episodes 1-3. Star Wars Pinball: Balance of the Force arrives later this year on virtually every platform so you can enjoy it for yourself on Xbox Live, PS Network, Steam, Apple, Google Play, the Wii U, Mac App Store, Win 8 and even the Kindle Fire.

You can experience the power of the dark side like never before with the Darth Vader table. There’s also a Return of the Jedi themed table to enjoy. And you can choose to support the Rebel Alliance Fleet or the Galactic Empire’s Armada.

While we don’t know what the future holds for the Star Wars Battlefront series, or many of the other Star Wars games we’ve been hoping to see, but you can enjoy pinball at its finest- Star Wars style.

Check it out in the video: