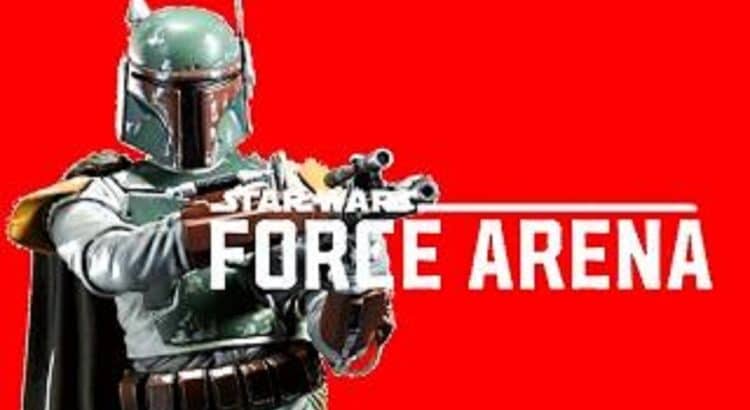 Star Wars: Galaxy of Heroes wasn’t the only game to get a new game update this week. Here are the patch notes for Star Wars: Force Arena. This game update brings 2 new units, the Talz Marauder Army and the Imperial Sharpshooter Army. These new cards will also be accompanied by a round of balance changes. 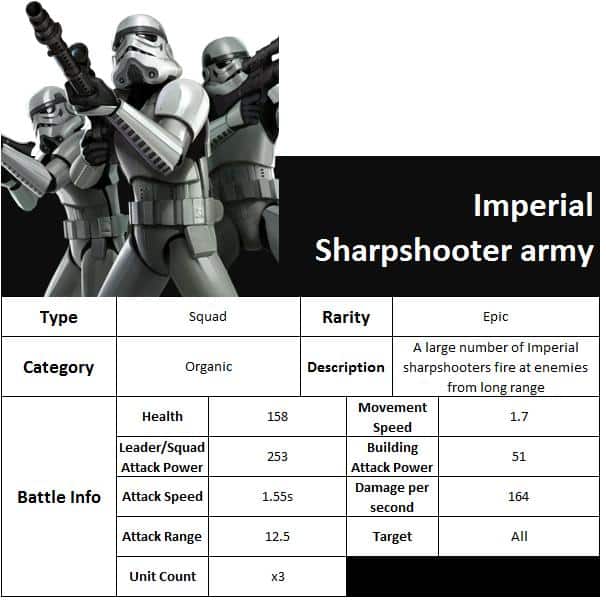 The Imperial Sharpshooter Army is an elite sniper squad that can be deployed onto the battlefield. These amazing marksmen have pinpoint accuracy. The Imperial Sharpshooter Army is very difficult to approach due to the way that they protect each other on the battlefield. Their effectiveness in battle knows no bounds, and they are capable of ripping down parts of the Rebellion with ease 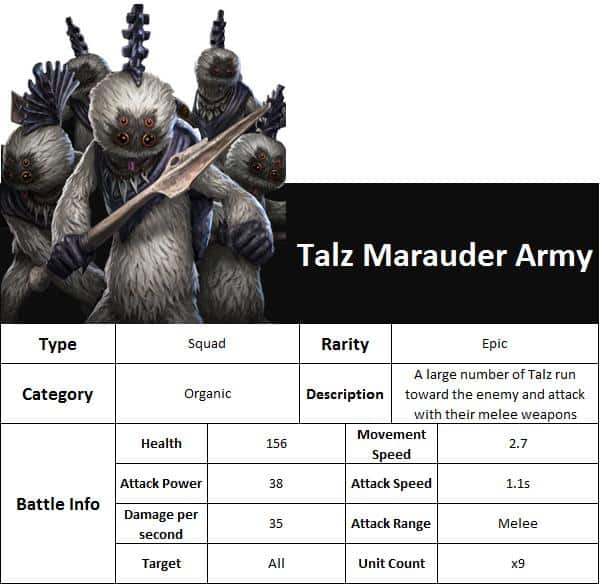 ▶ Talz Marauder Army are unlocked at Rebel Alliance Tier 6: Bronzium Challenger
▶ Great at taking down units with large surface area
▶ Detailed Information is based on Level 1, and may be changed once released.

■ Balance Changes
We have also made a few other changes to units in the game. These changes are yet another step in realizing balance within the Arena. As a reminder, all numbers are based on card level 1

Bossk
Due to the changes the C-14A Stun Grenade and Energy Net (see below), we felt that Bossk could be affected more than most. Most players who play Bossk would use these cards and effectively lock down their opponents. Due to the changes of the cards, the development team decided to raise his Hit Points so that he can easily adapt to the new changes.

Energy Net
Energy Nets are designed to collect enemy forces into one neat pile effortlessly. This card is heavily favored by Imperial Commanders. It is incredibly strong when mixed with other area of effect damage sources that the Empire has in abundance.
Due to Rebel cards usually containing a large number of units, it seemed incredibly difficult for Rebel Alliance users to deal with this powerful card. The development team, after looking at the data, decided to increase its cost slightly.

▶ Energy Net cost increased from 1 to 2

C-14A Stun Grenade
The Stun Grenade is a powerful card to deal with enemy leaders. As it renders them useless for a long period of time, the effects of the stun grenade could seem noninteractive. The decision was made to slightly lower the stun effect duration.

▶ Stun effect duration has decreased from 2 seconds to 1.5 seconds

Wed Treadwell Droid
Wed Treadwell droid is an incredibly useful droid to repair Imperial Buildings. Although its durability is very weak, and easily succumbs to enemy pressure, it instantly recovers at least some of the Turrets hit points. Due to its effectiveness, many Commanders have felt comfortable playing a very defensive style, which can make the game feel long and tedious. To help promote slightly more aggressive gameplay, we have increased the energy cost of the Wed Treadwell Droid

Princess Leia
Princess Leia is a strong Rebel Leader but her effectiveness in the Arena has been sorely disappointing. The odds were never in her favor. The development team are increasing the number of Rebel Honor Guards that she summons, so she can exert her full power to the battlefield. Due to the power of her Rebel Honor Guards, we are adjusting the skill cool down slightly.

C-10 Stun Grenade
Much like it’s Empire counterpart, we feel that the stun grenade has a strong effect that seriously dampens the flow of the game. The changes made will make dropping the grenade a much more tactical choice, and timing will become everything with it.

Aqualish Engineer
The Aqualish Engineer has been a trusty friend to a lot of Rebel Alliance Commanders. However much like the Wed Treadwell droid, he makes for extending games and promoting overly defensive gameplay. The energy requirement for the card will be increased.

1. To promote quicker gameplay, we are increasing the starting energy. This will mean that there is less downtime at the start of the game, and you can get into the action sooner.

▶Starting energy increased from 5 to 7