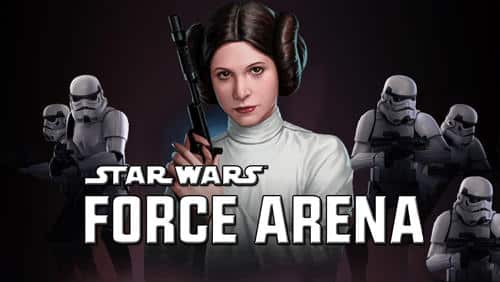 Welcome to our first balance update since the Global Release! Our developers have been pouring over the data we’ve received from you guys, from in-game data and the communities, and have decided to do a little balance update to help keep the game in a healthy state. We are working hard to make sure that there is a good level of balance in the game, and even if there are times where it is not perfect, we will actively be looking at how to improve it.

This balance patch will be focused primarily on balancing Leaders and the early tier Empire Cards. There will also be a few changes made to the starting cards. All stats in this note will be based on the level 1 stats of the cards.

– Before we get into the juicy parts of the update, we are making a few changes to our Matchmaking system. After this balance patch, the new matchmaking system will be applied. This will mean that your matches should be quicker to find, as well as being maintaining its accuracy in trying to find players of your Rating Score.

-Currently, the Rebel Alliance is leading in the early tiers win rate. We are making changes to the current Starting decks to help bring balance to the lower tiers, as we feel that the starting deck composition of the Rebel Alliance is slightly stronger than that of the Empire. We feel that the Rocket Stormtrooper is a little too weak for new users, and are changing it to the Probe Droid so that there is a small AoE effect which can help damage/defeat waves of enemies. To further help the balance for newer players, we are replacing the Wookie Warrior with Talz Marauders. This will not affect those who are currently playing Star Wars™: Force Arena, but will affect players who start after the patch.

Time for the main event. We have made some slight changes to the balance of certain Leaders and other Cards for both sides.

– MTV-7 is a necessary part of the Empires arsenal in the Early Tiers. This card was designed to have faster movement speed and a higher attack power than the MLC-3 Light Tank of the Rebel Alliance. We found however that early tier Empire decks lack units with high HP. By raising the HP of the Tank slightly, we are hoping that this will bring more balance to the early tiers, whilst not affecting the higher tiers in a significant way.

– Right now, Tie Fighters have a higher attack power compared to the X-Wing, but its high energy requirement makes it less useful. We are making changes to the Tie Fighter to allow it to have a similar value to the X-Wing.

Gigoran Rebel was originally designed to deal high damage to one target. Originally he was supposed to take time between finding targets and attacks (similar to Emperial Heavy Gunners), however this was not applied. He is supposed to be weak against many units. His High HP and missing features was not intended. To fix this issue we have modified the following things

– Director Orson Krennic is the first ranged leader that is given to the Galactic Empire. Developing a team for him to allow his Special Ability to shine is incredibly difficult as it means that you have to be losing in order for it to work. This makes it harder to use in comparison to other Special Abilities. Therefore, we are raising his stats to allow him to be played effectively, without taking a hit to his towers.

– We have made a slight change to Palpatine by giving him a small boost. The following changes should allow him to be a formidable foe.

-Jyn Erso is a character who has a different style compared to other Leaders. As she is capable in both melee or ranged, she requires quite a lot of skill to play effectively. To help her perform a little better than she has been, the following changes will be made.

▶ Sabine Wren
– Sabine Wren has incredible movement speed with a great skill kit. We have been incredibly impressed with her impact, however we feel that her special ability is a little too strong, especially when paired with the Unstable GNK Droid (This trauma will most likely effect Empire Players for a long time). We are making a small change on her special ability, and will continue to monitor her performance.

– His very long range normal attack and his strong leadership has made Captain Cassian Andor a very strong Rebel Leader. He ended up being stronger than our original intention, so we feel that a change was in order. He will still be a long distance sniper character, but we are adjusting his stats to make him a little more manageable than he was previously.

l  After Attacking, animation delay decreased by around 30%. This will allow you to move slightly quicker after attacking

Advantages and disadvantages that can be found in game have been modified.