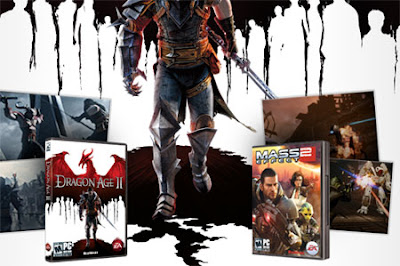 You loved Dragon Age II to the tune of 1 million unit sales in under two weeks, and now BioWare wants to love you back–by handing out free downloadable copies of sci-fi roleplaying epic Mass Effect 2. The PC version, that is.

“””As a special thank you for helping with the game’s early success, BioWare would like to present you with a download code for 2010’s Game of the Year, Mass Effect 2 on PC,” it said on a page dubbed “The BioWare Sequel Celebration.”””

The company also revealed Dragon Age II was faster off the mark than its predecessor, Dragon Age: Origins–no slow-starter itself.

If you want to grab your copy of Mass Effect 2, you have until April 30th at 11:59pm PDT. And the offer’s not just for existing Dragon Age II owners: All you need to snag a code is a copy in hand before that end-of-month date. Any version–PC, Xbox 360, or PlayStation 3–will do.

The only catch: You have to download the game from EA direct using their digital download manager, which isn’t really a catch at all, since EA’s a light touch on post-installation intrusion (in other words, no “run-it-or-else” background utilities like Valve’s many-tentacled Steam).