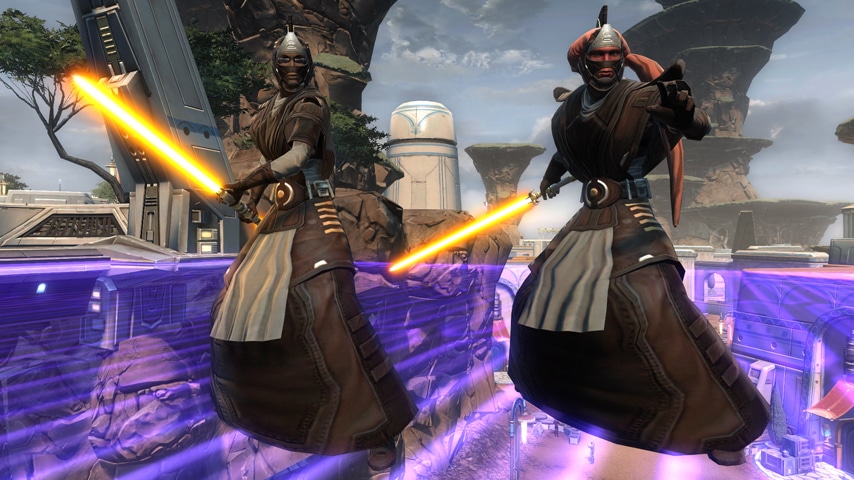 Jedi Consular are the last to get some attention from BioWare, with the last Developer Update of the week, focusing on class changes. As always Senior Designer, Austin Peckenpaugh continues his work, giving us an update on class changes that comes with Rise of the Hutt cartel. Check it out below, and if you haven’t already done so, check out the other class updates posted this week:

Hello everyone. My name is Austin Peckenpaugh, and I’m a Senior Designer on Star Wars™: The Old Republic™, responsible for class design and combat systems. As such, I’m here to shed some light on the changes to the Jedi Consular class in Game Update 2.0.

We’ll be writing about recent class changes coming to The Old Republic, but this time we’re going a little more in depth and taking on one class (for both factions) at a time.

Below are some additional details on changes made to the Sage’s skill trees. Many more skills than the ones mentioned here have changed; these are really just the highlights.

Prior to 2.0, Seer didn’t have much in the way of unique utility. In fact, many Seer Sages forwent their high tier skills to pick up some of Telekinetics’s utility. This is usually a sign that things in your main skill tree aren’t attractive enough, so we set out to address that.

Telekinetics has gotten a few major changes in 2.0 that should improve their gameplay considerably. However, we’ve also made considerations for how Telekinetics affects the rest of the game (other player’s gameplay) through Kinetic Collapse.

Below are some additional details on changes made to the Shadow’s skill trees. Many more skills than the ones mentioned here have changed; these are really just the highlights.

Kinetic Combat is a demanding tank role to play, and we’ve been hard at work trying to improve their usability without “dumbing down” their gameplay. In 2.0, the skills in the Kinetic Combat tree should do a better job of encouraging the right ability use and making playing a Kinetic Combat tank more intuitive.

Our goals with Infiltration for 2.0 are to improve upon their single target damage and sustained damage without adversely affecting their burst damage.

Prior to 2.0, Balance Shadows had a laundry list of ability priorities. For better or worse, playing Balance correctly as a Shadow was pretty daunting and exhausting. We wanted to take 2.0 as an opportunity to reevaluate Balance’s priorities one ability at a time. We are aware that some players will be disappointed to learn that Balance’s “rotation” has been simplified as a result, but their existing gameplay left little room for growth (on our side) and little room for error (on your side).

Now in 2.0, Balance Shadows can get the same results with a smoother, less complex list of abilities and ability priorities. We like that we can make these kinds of gameplay adjustments with the time we have, but we’re also sensitive to what can be perceived as “fundamentally” changing a spec. We don’t believe we’ve fundamentally changed Balance Shadows as they are still very much drain skirmishers, but we will be keeping an eye on how Balance Shadows get played and on player feedback. We’re confident that the changes we’ve made will actually make Balance Shadows a more attractive option to players that were previously turned off by their complexity.