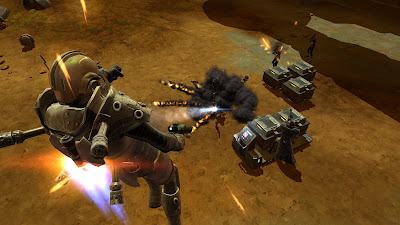 In an interview with CVG lead designer and storywriter Daniel Erickson revealed that BioWare had to re-think the Conversation System in Star Wars: The old republic after seeing Mass Effect. Originally the game was built far more like Dragon Age as far as Conversation System went,” he said. “”Our player characters were not going to be voiced because it’s a massively insane expenditure and hugely complicated to do. You have to cast 16 of the best actors ever and then hold them for eternity.

He goes on to illustrate how the original Mass Effect caused the TOR team to adjust their thinking, as it debuted very early in the latter’s development cycle.

You can read the full article at CVG.