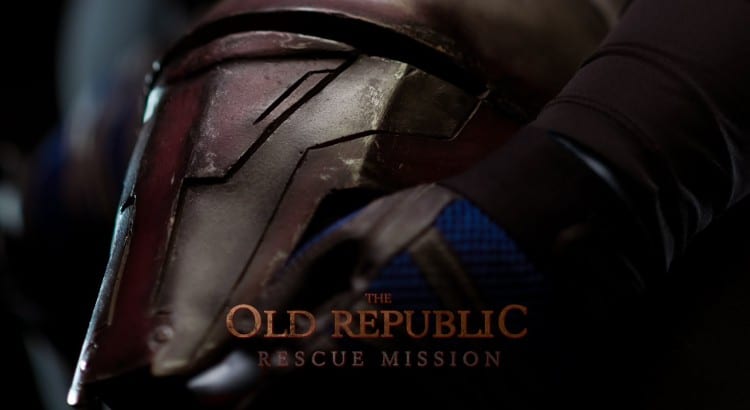 What if the only way to be a hero was to become a villain? This short fan film from Torrm Productions will answer that question for you. It’s a fantastic film that really defines true Star Wars fans. The effects, the sounds and the music (featuring KOTOR themes) was all superb. It officially released on October 18th and already many fans are asking for a sequel. The film runs a little over 20 minutes in length so it’s a good quickie you can watch after work or while taking a break.

It’s well-acted, the story is on point, and it’s also shot very well. The special effects work is decent too. All in all, it’s a high quality film for what they had to work with. If you have not seen it yet, you absolutely should make some time in your schedule to do so. As far as fan films go, this is ranked at the top.

They have an exceptionally awesome Revan, and despite some slight issues with canon, it was right in line with the Star Wars story and the time period the film is set to take place. I really would love to see another film done by this team.

Check it out for yourself here.

The Old Republic: Rescue Mission is a passion project born from the idea of breaking the bounds of achievability. Begun as a small collective of individuals to soon becoming a larger team, we set out with an aim to create some of the best fan-made content ever to be based from the Star Wars Expanded Universe lore. It is an original story featuring Mission Vao and Revan, set between the events of the KOTOR game and Drew Karpyshyn‘s novel ‘Star Wars: The Old Republic: Revan’.

‘A thief captured for reasons involving a galactic threat is the target of a rescue attempt by the Republic’s finest, botched by the fallen hero she had served with many years ago.’

Thank you to our Cast, Crew, Fans & IndieGoGo Supporters! You have all helped in making this project what it is today.