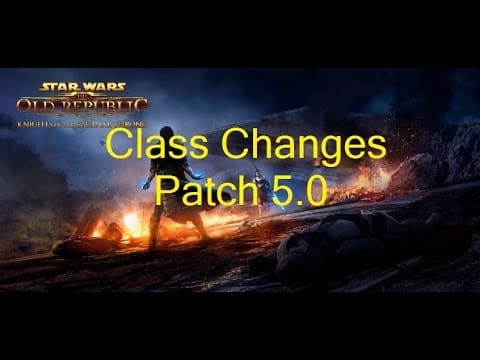 Jedipedia have updated the 5.0 class changes article to the most recent PTS patch. Also, by popular demand, they have added new sections at the end of each each advanced class’ section. There, you can find the abilities sorted by level, and all utilities grouped by tier.

For the full changes (including Republic equivalents and cosmetic changes), see the patch notes at the bottom of the linked article.