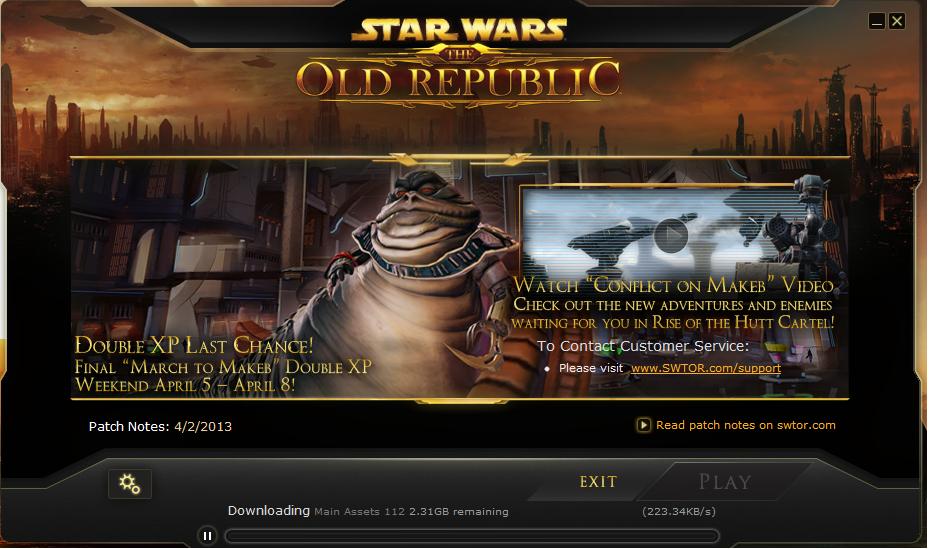 Most MMORPPGs can only hope that their expansions will make a game better. That is the idea afterall, to add more to the game, bring in new players and keep the current players interested. But when it comes to SWTOR, it’s a great game and we have Rise of the Hutt Cartel on the way to hopefully make it better.

So what’s so great about ROtHC that is going to improve SWTOR? It’s not because of the waterfalls (hehe) so what is it?

Well the one thing we need to remember about ROtHC is that it’s not just about Makeb. There is so much more to the game now. There are many additions to the core game play itself such as new armor and new quest lines. This will add a great deal of new content to explore and master for both new and old players alike.

Here are some highlights of how ROtHC improves SWTOR as a core game:

The Makeb story- Ok, so it’s not all about Makeb but that is part of it. Makeb does have some decent new storyline and the ending is absolutely the best in the entire game. It’s worth it to play through the Makeb story if you have not already. There are not a lot of side quests here and most everything you do in this zone will be directly related to the story.

Scum and Villainy- This is not the first time we’ve written about this operation here and that’s because it’s great. It’s absolutely worth it do this level 55 operation with more new bosses than previous operations and the opportunity for more great new gear.

New abilities- And of course, with ROtHC you will also get the opportunity for new abilities. With new levels, new gear and new content, this also means new abilities. It really adds some freshness to the game for those who have been playing for awhile.

It’s affordable at only $10 so you really don’t risk very much. It adds a new dimension to the game. If you haven’t gotten it yet, what are you waiting for? If you’re playing SWTOR, you may as well opt for ROtHC and get the full package.