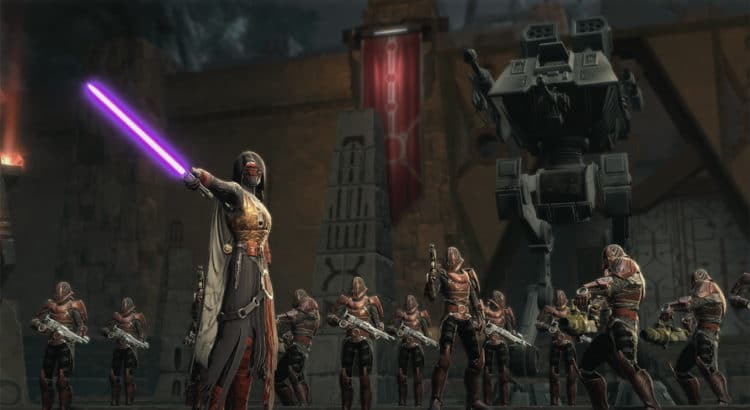 Due to Revan has been released in Star Wars: Galaxy of Heroes, the devs over at Bioware Austine has made the two SWTOR expansions, Shadow of Revan and Rise of Hutt Cartel, free until Nov 1. So if you haven’t yet tried them, now is your chance!

Below is the official news:

The Star Wars™: The Old Republic™ team is excited to celebrate the release of classic KOTOR characters in the acclaimed Star Wars™ mobile game – Star Wars™: Galaxy of Heroes. In Star Wars: Galaxy of Heroes, players can unlock and play as beloved KOTOR companions, including the devoted Bastila Shan, the cynical Jolee Bindo and now the Savior of the Republic… Jedi Knight Revan!

Join us in celebrating KOTOR’s legacy in both games:

Thank you for being a part of the ongoing legacy of Knights of the Old Republic!