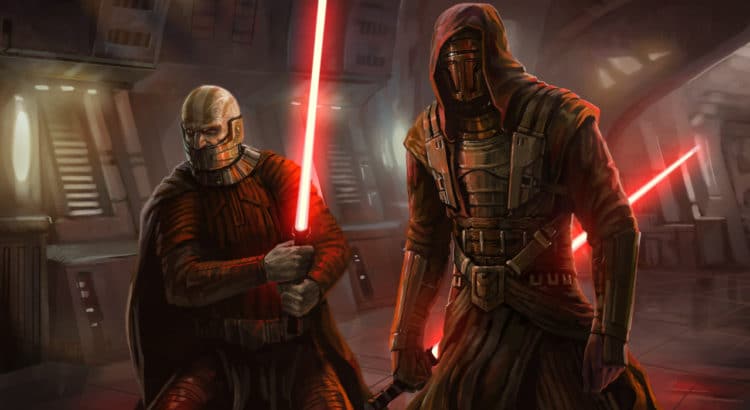 The characters from Bioware’s Knights of the Old Republic video game have long been some of the most beloved Expanded Universe characters Star Wars has to offer. Chief among them was the series’ mysterious protagonist, Revan. Although his history has been explored in a few places– including both the Knights of the Old Republic game and comic– his full past was always a mystery. A mystery, though, that now is a bit clearer.

Join Jedi Master Gnost-Dural’s in his historical investigation of the past and watch as he examines the events surrounding Revan’s fall and his ultimate fate in the timeline entry “The Jedi Civil War,” which can viewed below.

On the official forums BioWare’ Rob Chestney also has a little to say on it, and it’s not entirely satisfactory. But at least it seems like they tried. I guess I just expected them to be good enough to actually succeed in all cases. Here’s what he had to say:

Just reading the responses to the Jedi Civil War Timeline, and I thought it would be worth commenting on a few things.

Firstly, the canon for Lucas is that Revan was male and that he followed the light-side ending for KotOR. That said, if you played KotOR, and experienced it differently, please use your imagination to make it work. We really didn’t want to spoil anyone’s KotOR memories and in fact, in any place we could, we tried to be inconclusive about these things. Ultimately, though, even for TOR it was necessary to come up with something firm about who Revan was and what he did.

Also, there is a glaring error in the timeline in describing the Rakatan technology as being developed 25 centuries ago. It was actually developed 25 millennia ago. We will try to go back and correct that at some point.

Keep in mind, as some other posters have referenced, the timelines are authored by a Jedi Master living 300 years after KotOR. Not all the facts were confirmed by the Jedi, and in some places, he may be wrong about what actually occurred. That goes for all the timelines.