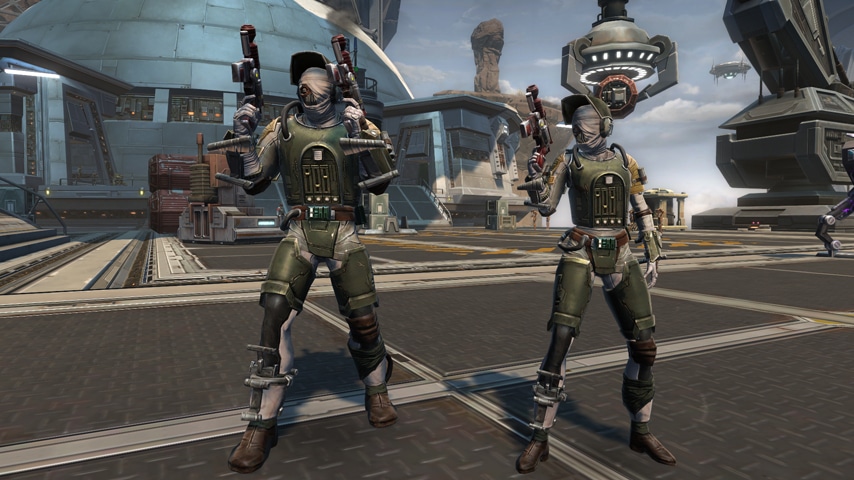 Troopers ain’t the only class that gets some attention by BioWare today. Just like the other few days BioWare also posted a second developer blog that goes through the Bunty HUnter class changes in Star Wars: The old republic Rise of the Hutt cartel. You can read the original post over at the official SWTOR webiste, or below. If you missed any of the other class updates posted this week, you can check the out here:

Hello everyone. My name is Austin Peckenpaugh, and I’m a Senior Designer on Star Wars™: The Old Republic™, responsible for class design and combat systems. As such, I’m here to shed some light on the changes to the Bounty Hunter class in Game Update 2.0.

Below are some additional details on changes made to the Mercenary’s skill trees. Many more skills than the ones mentioned here have changed; these are really just the highlights.

Our intentions with the Bodyguard skill tree fall in-line with our overarching goals for the Mercenary. Bodyguards get cool new utility, a better arsenal of healing abilities for different situations, and some improvements to existing abilities.

Below are some additional details on changes made to the Powertech’s skill trees. Many more skills than the ones mentioned here have changed; these are really just the highlights.

For 2.0, we wanted to make sure Shield Tech’s active abilities were very attractive. Both Oil Slick and Heat Blast have been overhauled to be more universally awesome. We also wanted to boost up Shield Tech’s utility and group support by way of giving them some area denial and area slows.