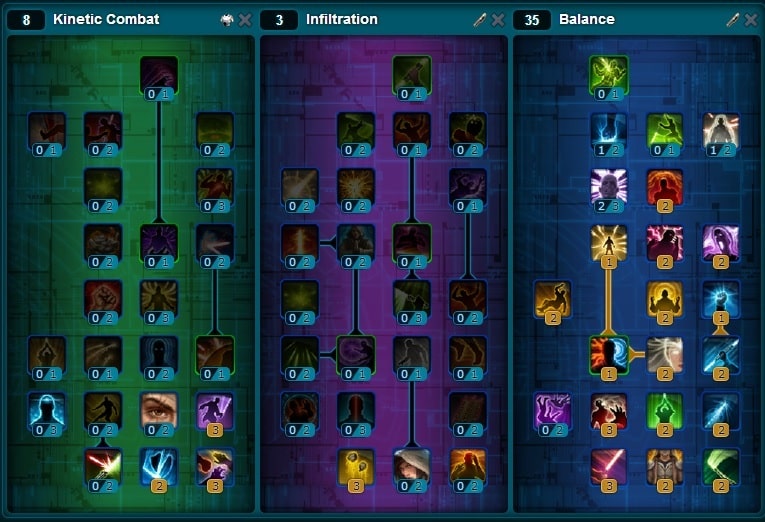 CJ from Swtor Savior have mailed us a new build for game update 2.5. This one is for the Jedi Consular Shadow and is a leveling build.

The Jedi Shadow is an advanced class of the Jedi Consular. Quick and deadly, this melee DPS / Tank fighter uses the force to pummel its enemies into submission and to guard its allies from the battles that wait in a galaxy far far away. Jedi Shadows, while sharing the same starting class, are vastly different than their Jedi Sage counterparts. They can’t heal, but they make up for it in their ability to not only tank, but also utilize stealth to sneak in and out of battle, assassinating enemies of the Empire.

Here is how you allocate the points:

If you want a COMPLETE set of builds for 2.5 for ALL classes, video guides and an EXTENSIVE Leveling guide as well as a community forum check out SWTOR Savior