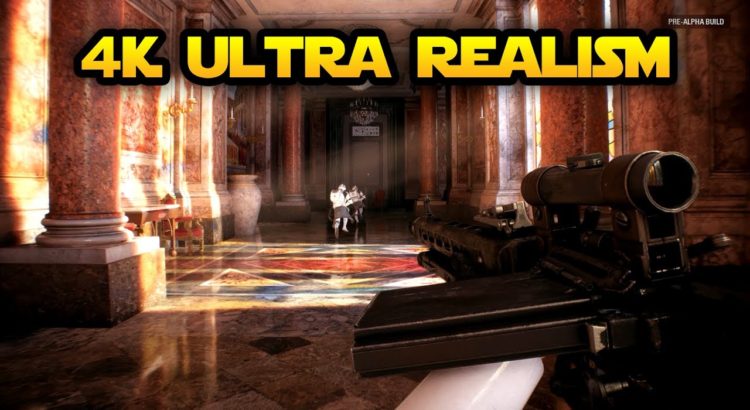 Clone Wars in 4K, real-life graphics cinematic. Battlefront 2 Multiplayer. Wanna see what that looks like? Now you can. This 13-minute video from MassiveG is like watching a Star Wars short, or fan film. You’re going to see all the Clone Wars action you know and love in full display. It’s absolutely beautiful and the details are highlighted in this high-quality video. If you’re playing Battlefront 2, or still thinking about playing it, this video alone might be enough to encourage you to do Clone Wars.

The players asked and on this front, EA listened. Some of you may remember the lengthen Reddit thread asking EA for Clone Wars in Battlefront II. You asked and EA granted. Star Wars The Clone Wars adds a plethora of new planets to the universe. We already know the game is a multi-era mashup, so it’s great to see that The Clone Wars was added, and that it looks awesome. While we know the loot crate controversy dampened the excitement of the launch of the game, there might still be some redeeming factors for many players. If you were one who stuck it through and didn’t request a refund, how are you enjoying the game?

Want to check out that Clone Wars cinematic?

As the video shows, it’s really a beautiful game. Are you enjoying Battlefront II and have you played through the Clone Wars?