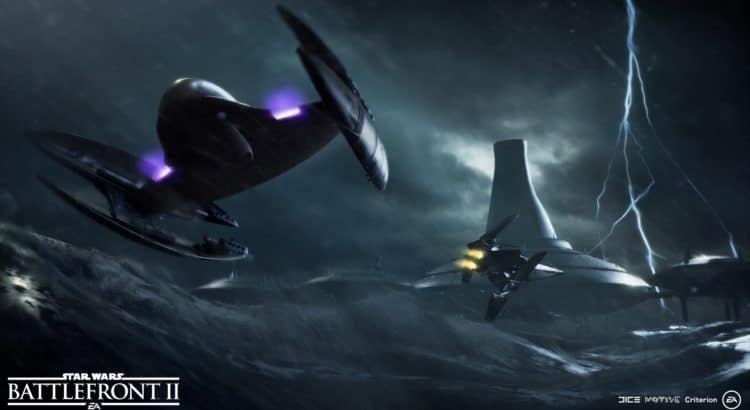 EA and DICE have announced that they have made changes to crates and progression based on player’s feedback. According to the press release, the beta gave the team a chance to test all of its systems in action and tune things up for better balance. As such, Epic Star Cards, the highest tier of Star Cards available at launch, have been removed from Crates.

Here’s what I’ve realized from this entire P2W controversy.

Most gamers are people with lots of time and not a lot of money, or at least not a lot of money they’re willing to spend on games. Most of them also want to retain whatever advantages they can, but don’t like it when the tables are turned on them and someone has an advantage over them.

How do I know this? Simple. Because people aren’t remotely bothered by the notion that Player X has an advantage over Player Y, as long as Player X has invested the resource they already have in abundance (time). But GOD FORBID Player X spent money instead of time — the resource they don’t have or won’t part with — to gain that advantage. Then it’s an awful bad terrible P2W game and we should all boycott it and fight the power like Chuck D.

What’s sad about all of this is that people still apparently haven’t made the connection that the real problem is not how people unlock/obtain that advantage, but that it exists at all. Unlocks? Progression systems? They always give an advantage to the guy with more toys over the guy with fewer toys. Always. The only difference is how you unlock stuff.

You ask me, there should only be cosmetic stuff unlocked as part of progression. All gear and skill mods and such should be available right from the start for all players. The game should be fun on its own rather than having to be a Skinner box to keep people entertained. And the real shame of it is that it already is! From the beta, it seems to be a terrific game all on its own! The Skinner box crap is completely unnecessary.

We went into Star Wars™ Battlefront™ II with a goal to make the deepest, biggest Star Wars™ game you’ve ever played. That meant transporting you to all three eras and handing you a huge assortment of heroes, classes, and vehicles – as well as bringing tons of free post-launch content to all Star Wars Battlefront II players.

The Beta gave us a welcome chance to test all of our systems in action and tune things up for better balance. A few weeks back, we mentioned we were going to take another look at how the progression system works. After incorporating feedback from the Beta, we’re happy to share our plans for launch:

This system, as well as all of the others, will be continually iterated on and improved. As we first announced at EA Play in June, we’re committed to keeping the community together. All upcoming weapons, maps, heroes, and vehicles introduced in Star Wars Battlefront II’s post-release content will be free so that players can play alongside friends as the world of Star WarsBattlefront II continues to grow. We know that the magic is in the balance, and we’re going to make sure that we continue to make a game that is fun for everyone.