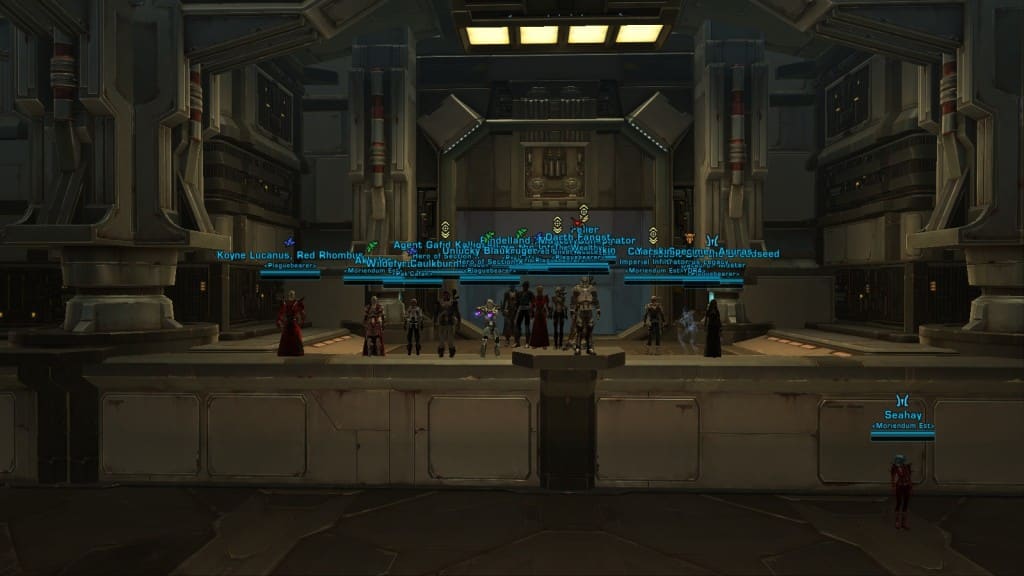 Amber Green made a post in the Bug Reports forum that clarifies that BioWare staff is in fact reading all posts made to the bug reports forum. Even if they don’t reply individually to every post, they are reading them and taking them into account. This is important information to know for all players.

Nothing is more frustrating in playing a game than reporting bugs and feeling like the developer and staff doesn’t care or doesn’t even read the bug reports. But BioWare wants you to know that they care about the game and about us.

Amber Green says:
Often we will post in threads in this forum to gather additional information about something that is reported or to update the status of a particular issue. However, please note that while we will be reading every thread and report in this forum, we will not respond to every thread, and a developer response in a thread is not an indication of the significance, priority, severity of a bug, or a guarantee that the bug will be fixed.

Sometimes, it’s just exceptionally difficult to nail something like this down, and even fixing some instances will not resolve it fully, and that can be frustrating for us too!

As an example, some of you may remember a bug that was quite persistent about this time last year where you could be “stuck dead” seemingly randomly. It would happen most frequently in Warzone spawn areas, but we saw anecdotal reports of it happening all over the Galaxy. We researched the topic internally and absolutely could not get it to happen to us, no matter what we tried. At the time we didn’t have a bug report forum, but I would still see threads that were similar to this one. In this instance, someone was finally able to discover the main cause of the problem without being able to make it happen (which is difficult!), and we were able to get a huge bulk of the instances corrected with Game Update 1.2.4. We knew it wouldn’t fix all instances, and we found another cause that we were able to correct in Game Update 1.3 a bit later. That’s not to say that we haven’t seen a report of it here and there since then. Nonetheless, it’s now exceptionally rare, and if we are able to smoosh it out once and for all, we absolutely will.

TL;DR – We care, even if we don’t post about an issue and/or it isn’t fixed quickly.