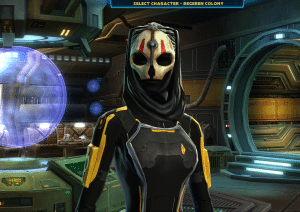 As it often happens after a new patch, BioWare will take  down the  servers for an unscheduled maintenance window starting at 2AM CDT. The team also made a forum post regarding issues that they are currently investigating.

Edit:  Servers are now back up. Here are the patch notes:

Below is a coopy/paste of  all the issues. You can also follow it over at the official forums here.

Hello everyone! We appreciate you joining us to play Star Wars™: The Old Republic™, and we hope you enjoy the game. As MMORPGs are large and complex projects, inevitably we do discover issues that may affect gameplay. We’re working constantly to fix anything that will affect the player experience, but for now this is our current list of high priority in-game known issues. Please note that this is not intended to be a comprehensive list of all bugs that the developers are working on. Also, we encourage you to report any issues that you do not see on this list via the in-game /bug feature.