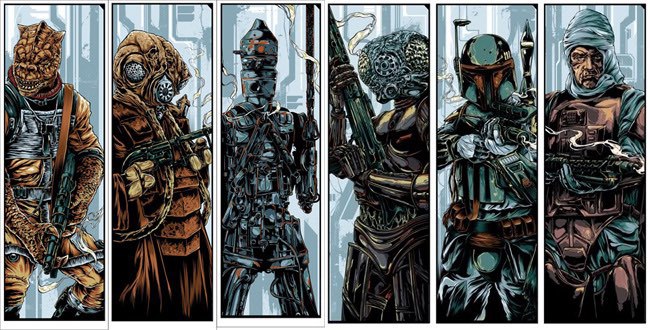 Bounty hunters were mercenaries for hire who tracked down and captured or killed anyone with a price on their head, although they were also known for doing nearly anything for the right price including the protection of clients. The best bounty hunters were very well armed and had very effective weapons, making them even more dangerous. There were, however, plenty of incompetent specimens throughout the galaxy, lacking any real skill but wishing to get rich quickly or simply seeking adventure.

Bounty hunters usually worked alone, although they sometimes did form partnerships. Partnering with a bounty hunter could be very dangerous business, though, as they typically valued their personal gain—and survival—above that of their companions. Despite their fierce independence, their reputation as “Jedi-killers” made them valuable tools of the Galactic Empire. There were strong rivalries between bounty hunters and smugglers, most obviously seen between Boba Fett and Han Solo, respectively.

The Guilds
There were a number of guilds associated with bounty hunters, the largest and best-known being the Bounty Hunters Guild. However, it was often plagued with infighting and a general lack of cooperation between its members, climaxing with its virtual self-destruction during the Bounty Hunter Wars. There were other organizations, such as the House of Benelex, Qulok’s Fist, the GenoHaradan, and the Granse Confederacy, that served a similar purpose.

Most bounties were presented to a guild, unless the presenter was able to contact the hunters directly. Posted bounties would then be sent to hunters affiliated with the guild and the hunt would be on. With the exception of powerful beings like the Hutt or The Sith. 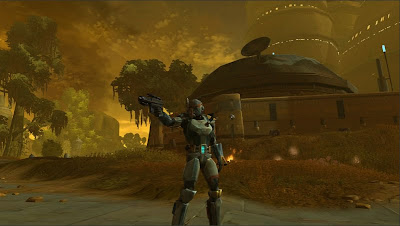 During the Jedi Civil War it was possible to merely walk into a bounty office and browse current bounties, as Revan did during his stay on Taris.

Bounty hunters were almost always mistrusted and feared by locals around the galaxy. This was because their line of work was often very dangerous, and frightening. Many famous hunters earned reputations as fearsome as the most horrific Sith Lords and criminals. Hunters such as Calo Nord, Jango Fett, and Cad Bane became household names, though none neared the unparalleled infamy of Boba Fett. Bounty hunters were not universally reviled, however. Those who followed government regulations and targeted dangerous criminals were often seen as on the side of law enforcement. On Haruun Kal, many Balawai children revered bounty hunters as larger than life figures. 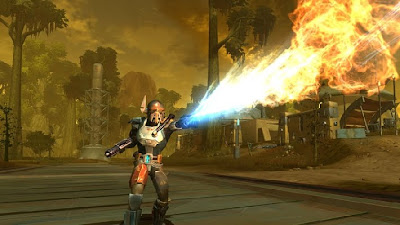 Generally, bounty hunters remained neutral during times of galactic conflict. They were known to favor one side or another, although never officially joining any one group. For example, the aforementioned Calo Nord and Jango Fett worked with the Sith during the Jedi Civil War and prior to the Clone Wars, respectively. Cad Bane worked with the Separatists during the Clone Wars. Boba Fett often worked for the Empire and even had a professional relationship of mutual respect with Darth Vader. The Rebel Alliance rarely dealt with bounty hunters, lacking the credits and finding the hunters’ methods contradictory to their ways of battle.

Most often, however, bounty hunters were hired by individuals—particularly criminals and crime lords. The Exchange, Black Sun, the Zann Consortium, and the Hutt cartel were particularly fond of using them, both for their effectiveness and their availability.