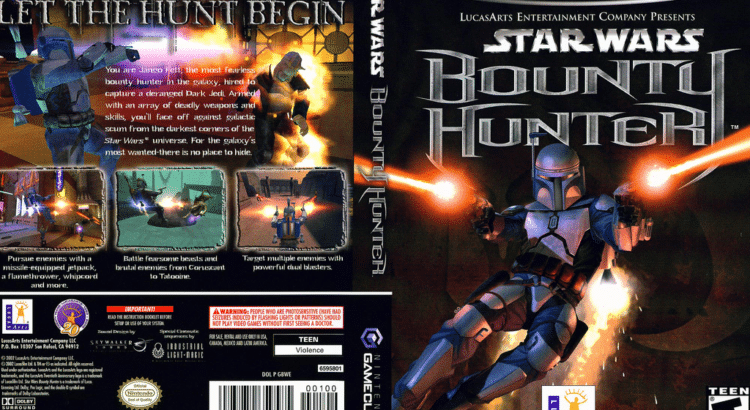 In the latest episode of Replaying the Classics, StarWars.com takes us back to Star Wars: Bounty Hunter. This is another game that I actually played a lot of back in the day so I was happy to see them covering this one.

Here’s what they have to say:

” In terms of narrative and presentation, Bounty Hunter delivers the goods. It’s got high-quality cinematics rendered by the special-effects wizards at Industrial Light & Magic; it’s got original music by Jeremy Soule, who later composed the original score for Knights of the Old Republic (2003); and it tells a story that adds color and depth to some of Jango Fett’s best dialogue in Episode II. “

I can pretty much agree to that and most of what they say in this retro play-through, actually. From a gameplay perspective, Jango has dual blaster pistols and he can rapid-fire them. You can also lock onto targets so as far as shooting goes, it’s more about agility than precision aging.

There’s a jetpack so you can fly over enemies and shoot down on them. I love that part!

It has great story, great boss fights, and fun bonus content. If you have not played it, it’s definitely worth taking a look back. It holds up pretty well even to today’s gaming standards and if you’re a Star Wars fan, then you should definitely give it a go. At the very least, read the article and see what you think.

In Replaying the Classics, StarWars.com revisits Star Wars games of yesteryear, examining why we loved them then and why they stand the test of time. If you’re not familiar with the series, you should follow the links here and check out this post, as well as other past one in the series. It’s really fun for Star Wars game fans.