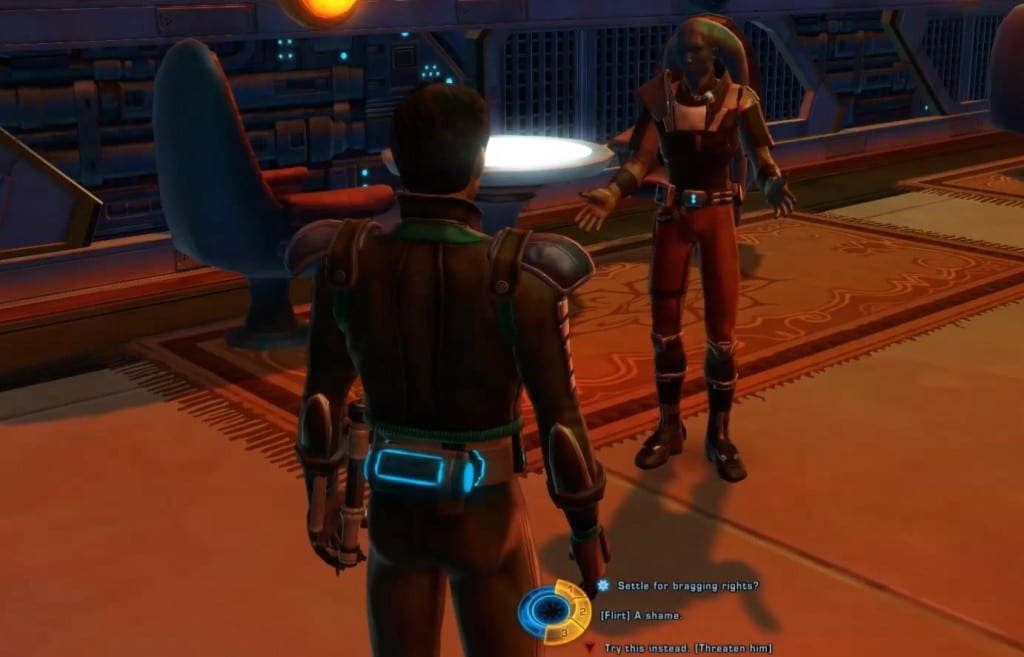 If you’ve been waiting to see some same sex flirting in the game of SWTOR, then we have a scene for you. Here in this Bounty Hunt event, you will see some same sex flirting. In fact, if you did it before already, you might have been surprised when you hit that flirt option that it wasn’t for the female but was actually some male-on-male flirtation.
See it here yourself:

In the Makeb quest line, there is also some male flirt options between the male Sith Juggernaut and male NPC Sith Lord. Have you experienced some other same sex flirting in the game’s story as of late?