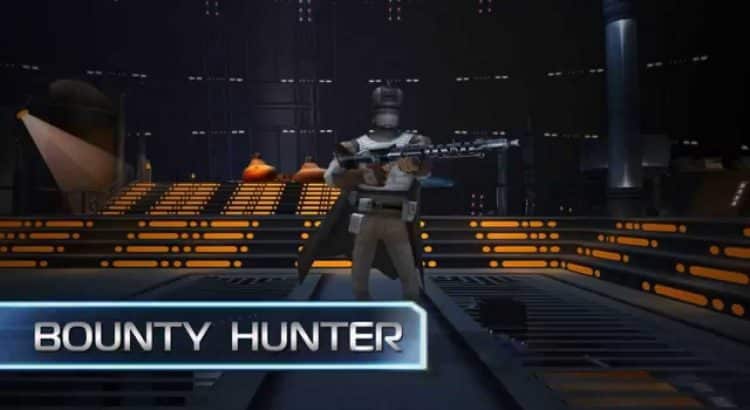 If you have not yet tried Star Wars Uprising, this video of the 5/7* Bounty Hunter sets might get you in the mood to check it out. The Bounty Hunter sets are some of the coolest sets in the game and this will really get you inspired. If you decide you want it for yourself, just be sure not to spend all of your Chromium on those great offers. Or go ahead and spend it if that’s what you’re into. 😛

Do you play Uprising and have Bounty Hunter sets already? What is your fave?

Hey Guys!! I collected all the pieces for 5/7★ Bounty Hunter Sets and I am excited to max it out! Just throwing my opinion out there and showing off my sweet stuff, thanks to Kabam for the OFFER!!! 😀

Star Wars: Uprising is a mobile game by Kabam. The game had a beta rollout in the summer of 2015, with a full release on September 10, 2015 for iOS and Android.
Uprising is set shortly after the events of Star Wars: Episode VI Return of the Jedi and deals with the aftermath of the Battle of Endor, which saw the deaths of Darth Sidious and Darth Vader. The Galactic Empire, reeling from its loss, locks down the Anoat sector. A rogue band of resistance fighters comes together to create an uprising against the Empire in the sector.