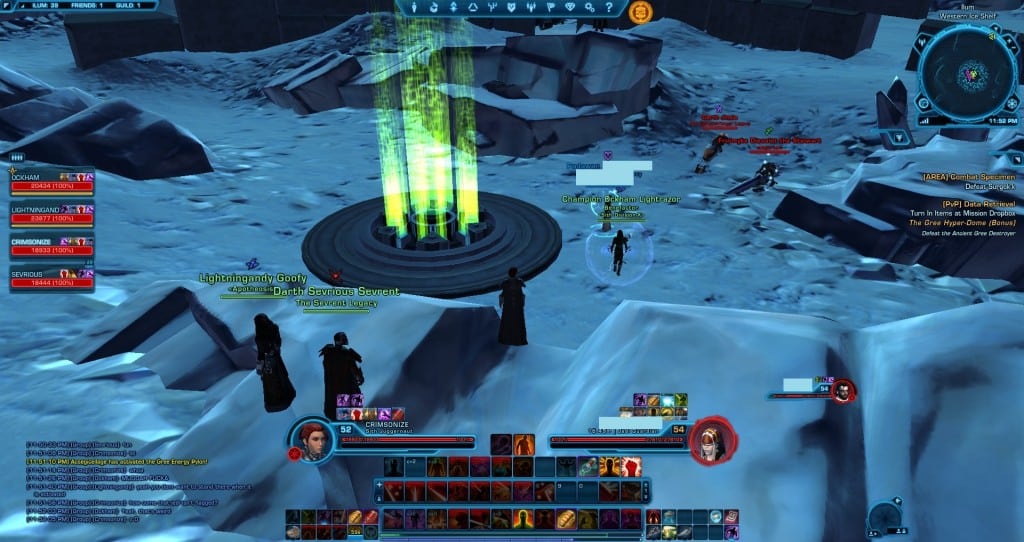 So much drama in the SWTOR Forums LBC, It’s kinda hard bein’a  BruceMaclean D-O-double-G. Ahem.. What I’m Trying To Say is, that yesterday Senior Producer Bruce Maclean, took on the forum posting an explanation to why new PVP updates  are several months out.

We are listening and do care. For what it’s worth I’m a PvPer too. PvP is one of our priorities and we are not going to do away with it. I’m not a big believer in making excuses, and can understand why it might feel like we are not focused on PvP, but here’s a bit of an explanation why the next big PvP update is several months out:

PvP and Class Balance are the same team of guys. It makes sense that the designers working on one also work on the other. This means that raising the level cap to 55 for Rise of the Hutt Cartel last month and redoing all the talent trees for all classes and extending the PvP game to level 55 and redoing the PvP gear for Rise of the Hutt Cartel has kept them busy. In fact, it took a heroic effort on their part to accomplish all this. This team plays PvP every day and share your and my passion for it. Now that Rise of the Hutt Cartel is behind them they don’t want to just service PvP by adding another warzone to the rotation, they want to address PvP with a meaningful update. We’ve given them the go ahead to do this and that’s why the big PvP features are several months out.

Best answer I have read to this comes from GaddockTeeg: The rationale is logical, but that doesn’t change the fact that PvPers feel left out. I honestly hope the playerbase is understanding and does stick with the game throughout the summer because it is a great game, but from my experience gamers a fickle and will move on to the new hotness pretty quickly. Unless you’re WoW and have become more of a social media platform, mmos need to give players a reason to reup their subscription every month. So while it is understandable that one team doing two things increases development time, don’t expect players to feel sorry for you and subscribe out of pity.