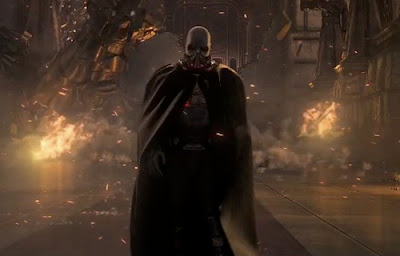 On the official forums, Lead Writer for Star Wars: The Old Republic Daniel Erickson confronts the continuous question about the Sith philosophy – Are these guys evil or not? According to Mr. Erickson there is no doubt that Sith are in fact evil: “We can get into endless philosophical discussions about whether anything is actually evil or actually good but if we are speaking from our modern, western view on the concept of evil then the Sith clearly qualify.”

However this does not meen that the Sith themselves look at it this way. The Sith see the republic as weak, without strong leadership and basically a bunch of mindless lemmings.

Daniel Erickson also states that role players that chooses the Sith faction, has plenty of options to play as ambivalent or even helpful, should they choose to do so.

First of all, let me say that I love this thread. It always makes me smile to see people really digging into the setting and thinking about how it works together. Star Warspeople most of us want to work with or have as neighbors.

That does not mean, however, that the Sith see themselves as evil.

In our own world, slavery as something that is inherently evil is something the majority of the world has agreed about only in the most recent centuries. Imperialism, expansion through conquest, the rights of the few to rule the many because of birthright – these are things that our world’s cultures have accepted as the natural order for a far larger percentage of history than they have rejected them.

In the Star WarsSith Empire has had 1000 years under an Emperor who rebuilt them from almost nothing, led them in conquest and glory against their neighbors, returned the Empire to power and then led them in revenge against the Republic. A Republic who had previously attempted to eliminate the Empire’s entire existence because of their beliefs. If this was ancient Rome the vast majority of the people would throw the Emperor a victory parade, not ask for representational government.

It’s equally important to remember that you don’t have to believe in any of this to play on the Empire’s side in The Old Republic. You can be the exception to the rule. You are merely making a choice to be someone who was born on that side of the fence. Or, in the case of the Bounty Hunter, someone who tends to work in that part of space. The light side Sith who works tirelessly to make his Empire a better place is a deeply compelling character. The pragmatic Agent who wants nothing more than to protect the millions non-Sith citizens from harm is equally interesting. The Bounty Hunter gets to be his own man and spit right in the face of anyone who he doesn’t agree with. Being a good man in a bad place is one of the all time great role-playing options.

So when you roll a character on the Empire side you’re going to hear the arguments about why the war is important. You’re going to feel the anger of a people who were told they didn’t have the right to exist and were chased out of known space. You’re going to see the culture that created and maintains their hierarchy and strange form of order. And you’re going to make a choice about how much or how little of it your character wants to believe. Then you’re going to start making choices. That’s when it gets hard. 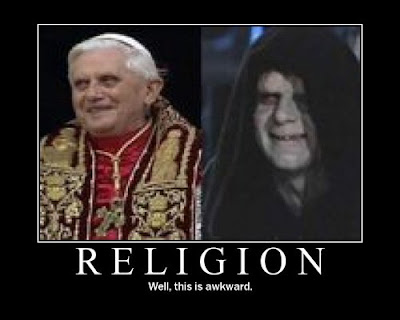 Personally I think he’s wrong. This whole Sith thing is an incomplete philosophy if it’s supposed to explain the motivations of the Emperor and Darth Vader at the same time. Heck, Vader’s supposed to have been drawn to the dark side by his compassion and desire for justice for the weak. At the same time, you’ve got the majority of posters there who prefer to think the weak are beneath their contempt and should be weeded out etc etc (despite living in a universe effectively without scarcity or hardship – I mean, if you’re complaining about the weak holding you back, you’ve got to ask “back from what? What can’t you accomplish but for those burdens?”) On the other hand The Emperor and Vader are different sides of the Sith coin. The Emperor is a person who wilfully chose the dark side. He is undoubtedly evil. Vader is the one who fell. Who was corrupted. These may have good intentions that are ultimately distorted by the dark side. Most Sith are of this category in practice. So the distinction is whether you choose to be a Sith or are made one by circumstance.

It takes great strength of will to be a good person, wilfully give yourself to the dark side and have an intended positive outcome. An example of this in the EU is Revan (and is in fact the only example I can think of offhand, Caedus tried it but failed). However Revan did fully embrace the Sith philosophy. His idea was to strengthen the Republic by threatening its existence. Either it would be strong enough to defeat him or he would take over. Either result would help defeat the truly evil Sith that are now emerging in SWTOR. If Revan had not done what he did the Jedi wouldn’t be half as bad ass as they are 3 centuries later. The Sith would have routed them rather than merely given them a sound kick in the balls.

It really isn’t about the weak holding people back. It is that the weak will be stronger if left to fend for themselves and presented with challenge rather than being coddled by the strong. True Sith believe that it is a great gift they are giving to these people. Revan believed, probably correctly, he was giving them survival itself.

In the end though all of Star Wars really comes down to the fact that both sides are inherently flawed. In essence the Jedi choice is that in order that most people can be free and protected they will utterly enslave all force users. This is great but it ultimately brings about the anger that empowers the Sith.

The Jedi search for purity is ultimately self defeating. It creates the very monsters they seek to destroy. Worse it makes the monsters right. Peace destroys the drive for peace.

The Sith search for strength is also self defeating. It makes their enemies powerful and it also encourages in fighting amongst the order. Strength destroys the drive for strength.

Another thing to consider. The Jedi aren’t necessarily good either. The Jedi seek primarily balance in the force. They have at times done some horrific things to achieve this. They have wiped out races that they considered anathema to the force. Skywalker considered doing this with the Vong until he decided that the Vong were not an imperfection in the force, only that their understanding of the force was imperfect.

Usually the ‘balance in the force’ imperative is aligned with good because the dark side can cause evil. However the likelihood is the Jedi would wipe out a Sith community even if they could guarantee they would not run rampage around the galaxy. The Jedi do not persecute the Sith because they seek to conquer civilisation. They do it because the Sith unbalance the force. Whether or not the Sith are monsters from the civilised perspective is a mere technicality.

Alright. I’ve used up my Star Wars arguing for the decade. See all y’all in 2021