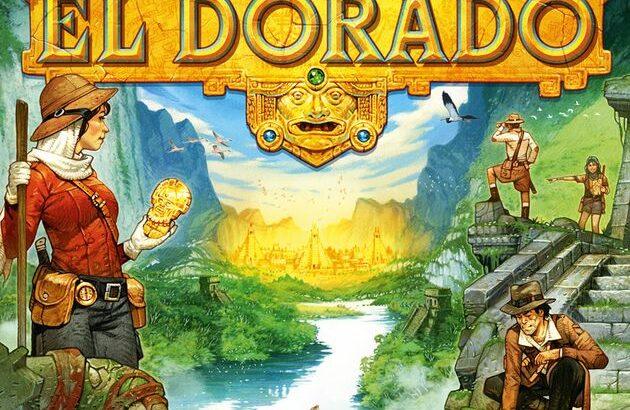 Are you sitting home bored during the lockdown? If you have a few friends to invite over, why not play an exciting board game? It’s a great way to stay engaged and entertained for an evening of fun. We’ve made up a list of the 5 most unique board games to play in 2021. You can learn more about these board games on this site.

Cosmic Encounter is a game that usually takes about an hour to play from start to finish. It’s a game that can be played by people 7 years of age and up but is obviously geared largely toward adults. It’s best when played by between 3 and 5 players. This is a game that you can easily break out to liven up a failing party.

The underlying premise of Cosmic Encounter basically concerns getting matched up with another player. This is the “encounter” namechecked in the title. At this point, you must either choose to fight it out or negotiate in order to form an alliance. The major goal of the game is to establish the most colonies on other players’ planets.

The rules of the game are fairly simple and very well laid out. However, each player is also given a special power that enables them to override the rules in a particular manner. This gives you an “unknown” factor that can help or hurt you in the long run. The randomness this induces makes the game unpredictable and a great deal of fun.

Photosynthesis is a game with a very interesting premise. You are basically competing with the other players to place all of your newly grown trees in areas of the forest where they will get the most light. The trick is to build up your initial supply of 2 young trees into a full armada of giant trees that will swiftly dominate the forest.

Photosynthesis is a board game that is well recommended for players from the age of 10 and up. It works best when played by 2 to 4 people. The game can really sharpen up your strategy skills as you vie with the other players to get the most shade for your trees. The 3D visuals make this one of the best looking board games on the market.

If you are looking for a board game that features the timeliest possible theme, you’ll certainly find it here. Pandemic is a board game that you can play by yourself or with up to 3 other players. The level of difficulty can be adjusted to fit the needs of players 8 years and up. Given the subject matter, it’s probably best played by adults.

Pandemic concerns exactly what you think it does. You are basically running against time trying to stop outbreaks of a deadly disease while also attempting to locate the cure. You can work by yourself or in conjunction with other players. There are a wide number of random elements that will keep you moving along at a fast and furious pace.

The premise of Ticket to Ride: New York is a simple one. You’re vying with the other players to choose the fastest, most cost effective, and picturesque route to New York. You can play with up to 3 other players who are 8 years of age or older. The playing time is an estimated 20 minutes, making this a game you can enjoy several rounds of.

It’s a classic card game that lets you choose from a wide number of options to get you to New York City. As you go, you’ll be competing with the other players to get the best deals on tickets, accommodations, and travel arrangements. You can claim a number of areas, such as tourist attractions, to get you more points and money as you travel.

5. The Quest for El Dorado

The Quest for El Dorado is a bit more than your average card game. It’s actually a new species of challenge known as a “deck building” game. Each player starts off with the same identical deck of cards. You’ll try to pick up new cards as you go so that by the end of the game, you’ll all be playing with different and hopefully superior ones.

The object of the game is to find the mythical lost city of gold known as El Dorado. You can compete with up to 3 different players who are above the age of 10. The game normally takes between 45 and 60 minutes to play. One of the biggest appeals of the game is that you’ll never play it the same way twice, thanks to the card dynamics.

Board Games Are Coming Back in Style

Whether you knew it or not, the fact is that board games really are coming back in style. This is a trend that seems destined to last well beyond the normal shelf life of such phenomena. With a bit of patience and skill, you can master each and every one of these exciting new board games. The time for you to get started on doing so is now.