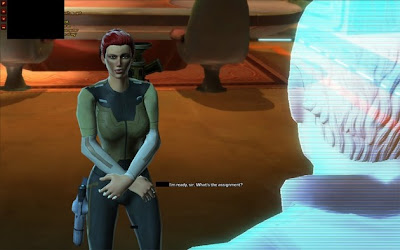 As we reported yesterday Chief financial officer Eric Brown reviled that around 1.5 million gamers have registered their interest in being part of a Star Wars: The Old Republic beta.

… We’ve got well north of a million, million and a half ready to test for free,” he said of Star Wars the Old Republic beta. “We’re not that concerned about generating initial demand. For us it’s about creating the right experience, expanded beyond the tier one and the tier two users.

“You’ve got people that have never played an MMO before but are interested in Star Wars, to engage and give it a try. What’s really important to us is striking the right balance so that we serve the needs and demands, requirements of the core, pre-existing MMO subscribers.

“They demand a lot of content, a lot of community, guilds are very important, special group activities, raids and things like that are real important inside an MMO,” he added.

“But then at the same time we want to make it accessible, so someone can pick it up and play it for the first time, recognise the Star Wars fiction, build a character and get into the game without feeling overwhelmed or intimidated by the hardcore experienced MMO player.

“If we’re successful in doing that, our addressable market is well beyond 12 million people, you know current MMO players and the western market expands into more of a general gamer population. We look at it as a tiered opportunity but starting with an addressable market of at least 12 million.”

EA wants SWTOR to take on World of Warcraft in a big way. EA Games boss Frank Gibeau said this week he’s positive BioWare’s upcoming MMO will deliver the goods, and suggested playing World of Warcraft ‘can feel like doing a shopping list’.