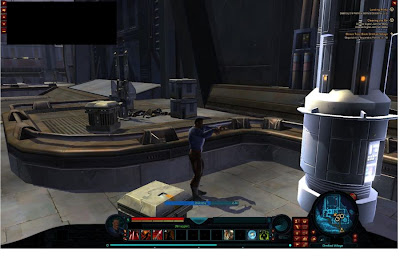 As we sit and anticipate the release of SW:TOR, there are many things we are pondering as gamers. One big question in the minds of many is what the user interface (UI) will be like. To me, this is really important. It’s how you interact with the game and it can really make or break a game if it gets screwed up.
So far from early impressions of the UI, does it look good? Do you think it flows well? Will there be addons?
SWTOR community forums had this to say about early released information on the UI:
Some of the things we’ve heard about the UI indicate that it will be similar to other popular MMOs of today but with its own personal touch. The most important thing to me as a gamer is functionality. I don’t want to have to have addons and mods to do what I need to do. I’m not mod-shy, however, and if a game’s basic UI doesn’t offer it, you can bet that I will search for what I need. However, I’m hoping to see a “vanilla” SWTOR release with a fully functioning and all-encompassing UI. A gamer can wish, right?