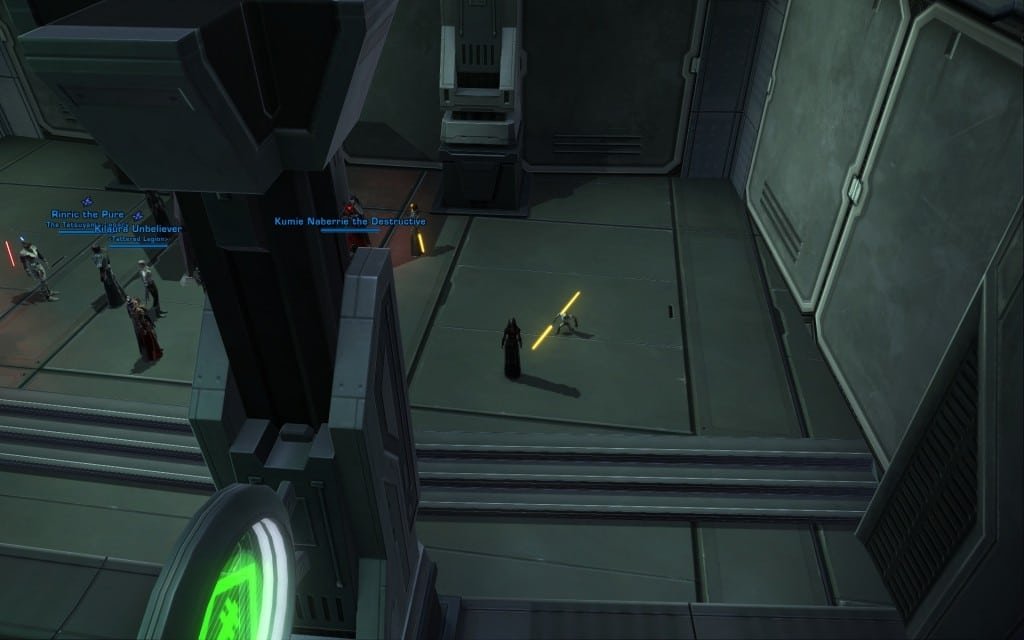 We’ve been writing here about Game Update 2.2 as well as the news that more features and additions are coming in the summer for SWTOR but there are many complaints coming in from players who are just not happy with the content BioWare is pushing out. The argument is that these “updates” don’t really contain any quality new game content and most consist of bug fixes and cosmetic changes here and there.

In an article on Just Push Start, there is the argument that BioWare is not putting out any good, quality game updates and therefore, are disappointing their fans.

Here’s a piece of that story:

The release of SWTOR Game Update 2.1 a couple of weeks ago wasn’t well received by a lot of people due to the implementation of the appearance designer through the use of Cartel Coins. If you’re expecting a much better game update with 2.2 and beyond, it seems that what BioWare delivers isn’t satisfying enough for those paying a monthly subscription

Earlier this morning, Bruce Maclean, Senior Producer of Star Wars: The Old Republic released some sort of a road map where he outlined the future of the game through the upcoming game updates. When 2.1 was released, a lot of people were disappointed due to the fact that it did not benefit any of the subscribers at all. To ease up the frustration and disappointment of the raging fans, BioWare stated that game update 2.2 will offer better content. Today, the planned update they want to release for Game Update 2.2 this June 11th isn’t enough…

From the big update they promised that is coming to Game Update 2.2, the above “supposed” new stuff that will become available on June 11th isn’t even big. Analyzing the content they plan to release in Game Update 2.2, it’s pretty much just a recycled new content but made harder, plus a guild bonus that is pretty much useless. Since BioWare is simply just taking all of the things WoW already has, can’t they just do one update for all the guild perks instead of dividing it into different game updates?

Seriously BioWare, is this what you call a big game update? Well waiting for two months following the release of 2.2 in June, Game Update 2.3 is coming. Should you be excited? Maybe or maybe not.

The argument then is that they promised us many things like new flashpoints, new daily areas, new recurring events and many graphical upgrades. But when you break down what’s actually coming with these updates, we’re not getting much (if any) of what we were promised.

The story argues that the PvP is lackluster, BioWare doesn’t deliver on what they promise and the new game updates don’t bring any “real” content. They say it’s not even worth subscribing at this point.

So my question to you is: Are they right?

Would you like to see more from BioWare on SWTOR or are you happy with the game as it is and the updates that are coming out and planned for the future?