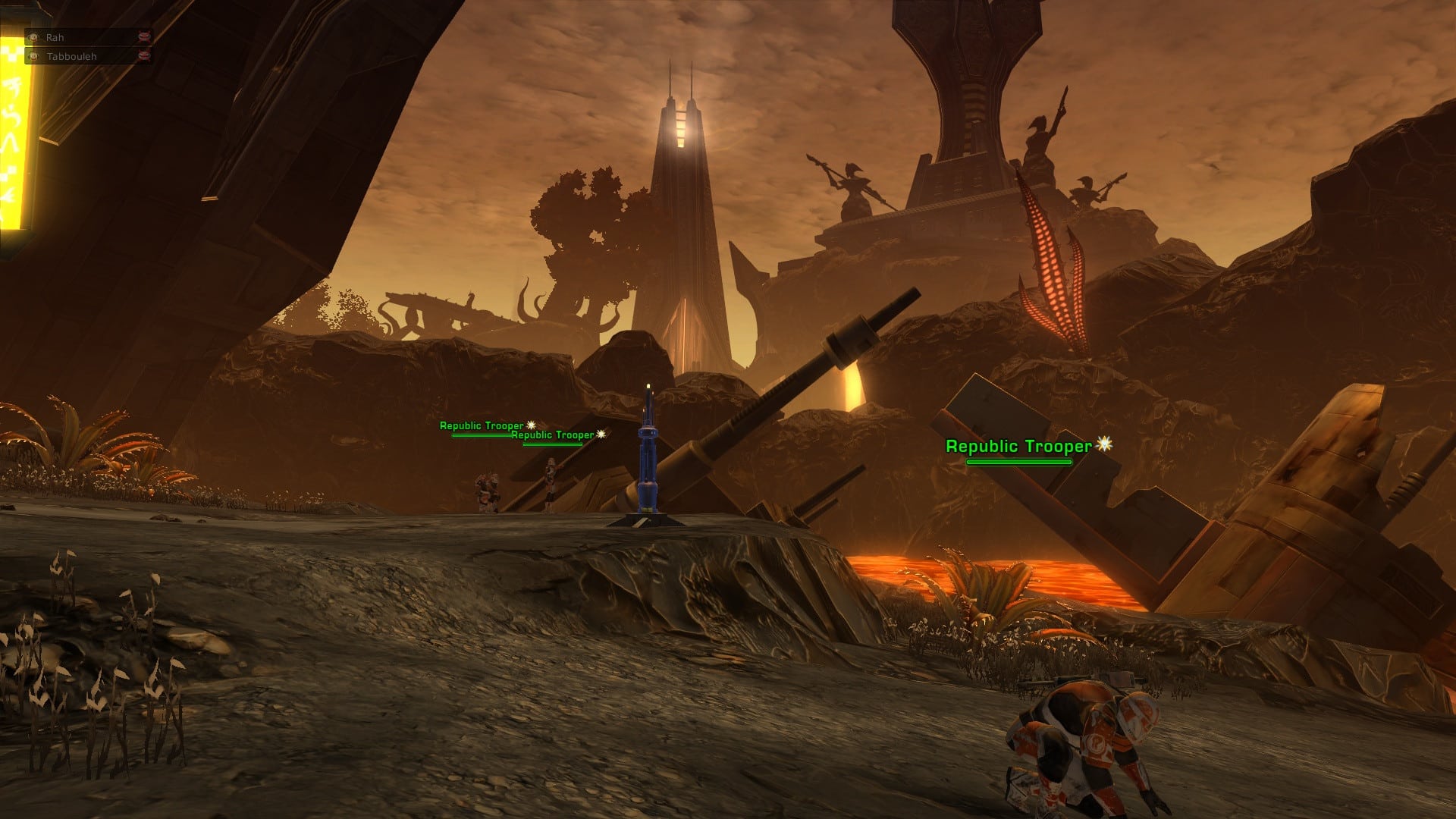 With a new major game update, comes lots and lots of new bugs. Here is a list of the stuff that the BioWare developers are aware of. Honestly I expected worse or more bugs with this game update, considering how buggy the PTS was, so I am fairly happy about the patch so far!

I have an update for you. Unfortunately, if you started downloaded the 12 gig patch on Monday, you will have to finish that download. There were multiple different builds that were incorrectly deployed that afternoon and you will have to download the 12 gig download to get the up to date version of the game.

We apologize for the inconvenience this has caused to those affected. I know this isn’t the ideal solution but this is the only safe fix to the problem other than reinstalling the game.

We are currently working on a fix for The Bastion of Fear (Rep) and Descent into the Dark Fortress (Imp) not updating for all members of the Ops group upon completing the Dread Fortress Operation. We’re sorry for any inconvenience any of you may have suffered as a result. We’ll let you know as more information develops and have added this to the Known Issues for now. Thank you!

We’re aware that Qyzen is currently VERY excited by combat, and as a result he’s not shutting up when the action is over. Luckily, you can unsummon him to calm him down; he’ll be quiet when you summon him again.

It’s been added to the Known Issues, and we’ll work to quell his overexcitement in an upcoming patch.

The team is looking into your reports and it looks like that in some circumstances players are not receiving the correct amount of Commendations. Any situation where this is occurring is a bug. We will work on addressing this as soon as we can!

As expected, I can confirm the Conquerer Professional gear is missing and that is definitely not intended. We are working to get this fixed ASAP and will update you once we have a timeline!

Ambush and Aimed Shot having incorrect animation after the channel ends is something we’re aware of, and we’ve added it to the Known Issues.

Unfortunately, anyone who purchased the account wide unlock for Emote: What Up before Game Update 2.4 will not be automatically granted the unlock retroactively. If you’re in this situation, please file a Customer Support ticket, and they will assist you.

Thanks for any details!

We are aware that the Preview functionality on the GTN is not working as intended. We’re getting it added to the Known Issues and are working to fix it as soon as possible. Thanks for your patience!

The removal of Reputation weapons from the Basic Gear Vendor was not done intentionally, and we will be putting them back in a future patch. As noted by a player above, these weapons are still being sold on the Makeb Reputation Vendor that is available on the Orbital Station.