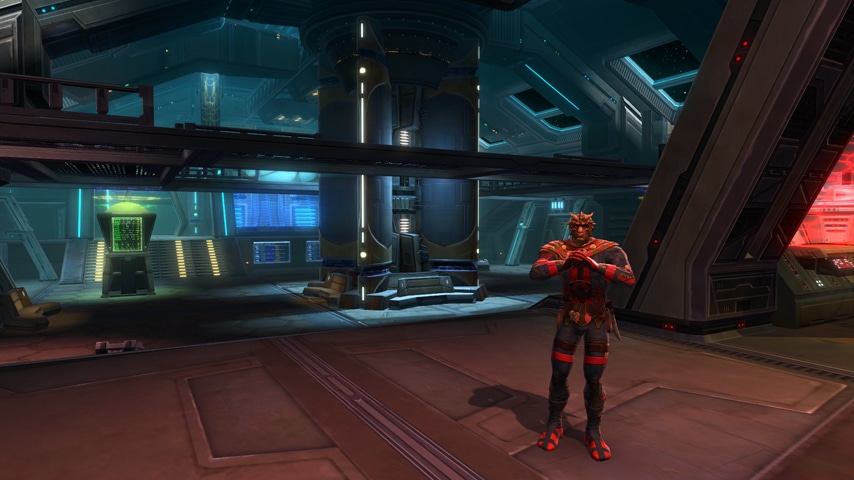 As with all major game patches, A BioWare dev posted a Developer Blog welcoming all players to the new game update. This time Senior Producer Bruce Maclean takes it on, explaining some of the new big additions to the game. Awesome stuff I have to add. Check it out below:

Hi there! We are very excited to release Game Update 2.4: The Dread War today. This is our biggest Game Update since 2.0 and includes a story mission area with new missions on a new moon, two entirely new Operations, all new 4v4 Warzone gameplay and Arenas, class balance changes, three new sets of gear comprising some of the most powerful equipment in the galaxy, and new vehicles and mount rewards! Of course this all comes along with the normal assortment of bug fixes, game tweaks, and continued under the hood optimization tweaks.

Located in an uncharted system well off the Hydian Way, New Story Mission Area Oricon is a remote moon that is immeasurably strong with the dark side – a perfect home for the feared Dread Masters! After advancing through the Oricon story mission series, players can further explore the ship-strewn, mysterious landscape of Oricon and battle the deadly Dread Guard and their minions via exciting New Level 55 Daily Missions.

See you on Oricon!