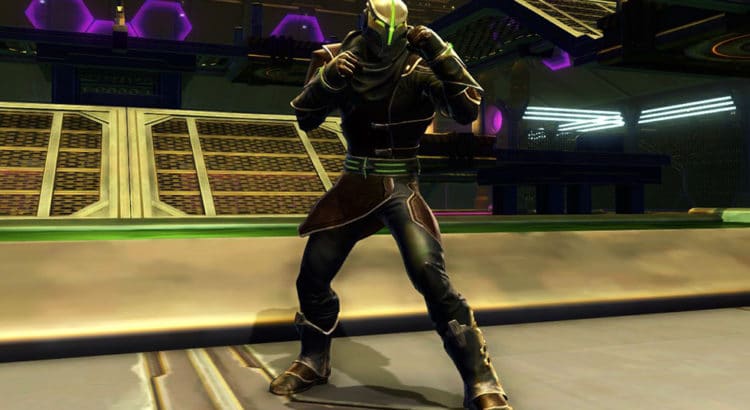 Here is the latest blog from the SWTOR devs over at BioWare Austine. This one is outlining the rewards for Season 10 Ranked PvP.

Greetings PvPers! Season 10 of Ranked PvP is set to end with the launch of Game Update 5.10.1. Just as a reminder, after Season 10 ends all Season 9 tokens will be converted into credits. This will be your last chance to redeem these tokens, don’t miss out!

Season 10 marks the first time that cross-faction play has been a part of Ranked PvP. With more competition comes a couple of changes to how we breakdown rating tiers. First, each tier now has different rating requirements for Solo and Group play. This is due to overall rating differences between these gameplay types. Second, rating requirements across the board have lower requirements so be sure to double check where your characters fall!

Another change you will notice is that the number of Ranked Tokens earned in each tier has been lowered. This is because starting with the end of Season 10, Ranked tokens are no longer season specific, don’t expire across seasons, and can be used to purchase any available rewards! Season 10’s unique item, the Resourceful Renegade Armor Set also has a lower price than other Seasonal rewards (50,000 tokens) to match the reduced Token rewards. This will however be raised once Season 11 ends. Onto the tier and reward breakdown!

One thing we have always received a lot of requests for is players to be able to acquire old Seasonal rewards that are no longer in the game. Starting with the end of Season 10 we will begin bringing back old rewards, starting with Season 1! This only includes the items that were purchasable (listed below), items such as titles that were earned by rank are not returning.

Given the exclusive nature of these rewards however, we want to be sensitive to those players who earned them back in Season 1. Returning items are clearly marked as Replica, to be distinguishable from the originals. Although prices are not locked down just yet, these returning items are going to be priced at a premium. It is intended that an average player will have to play over the course of more than one season to acquire them. Lastly, any player who earned these rewards in Season 1 will receive a special Achievement to mark the accomplishment. Here are the rewards:

Replica Season 1 Ranked Armor Set (4 of them in total)

Season 11 will begin two weeks after Season 10 ends. During this two-week grace period we will be investigating any remaining player reports of cheating. In the instance of finding such cases appropriate action will be taken up to and including character ranks being reset. This will affect the leaderboards and associated rewards, especially the top 96. All tier rewards and top 96 will then be granted upon the start of Season 11.

A new vendor called Tullek the Evocii will be appearing next to Giradda the Hutt at the start of Season 11. Tullek will always be selling the prior seasonal rewards and they will not be taken away. If players are seeking the new seasonal rewards, Giradda the Hutt will have them. Players only have a few weeks left before the end of Season 10. Get in there and claim rightful glory in Giradda’s Arena of Death!